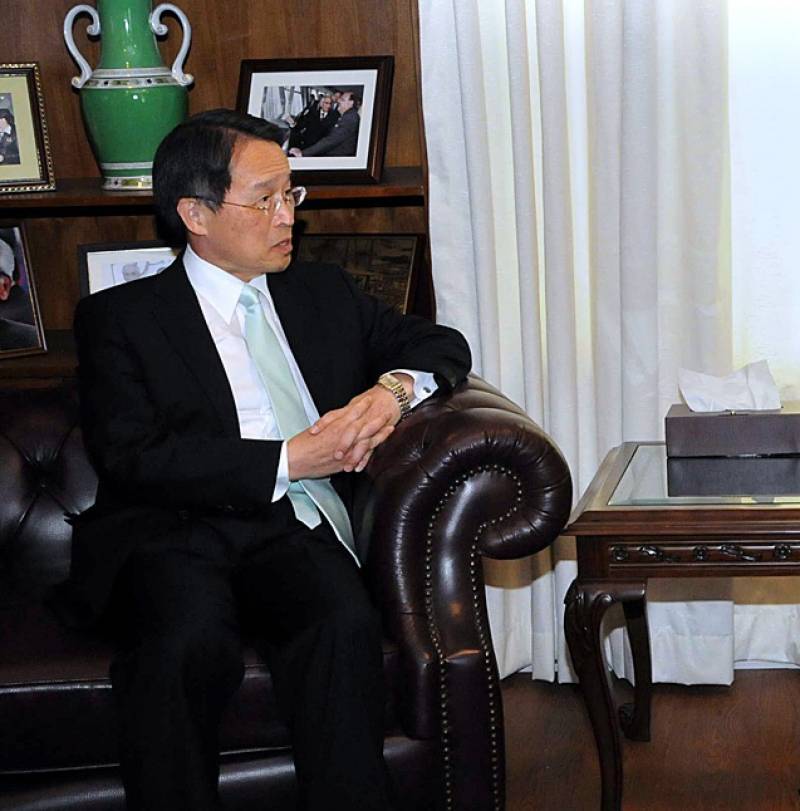 KARACHI: (APP) The economic relations between Japan and Pakistan have grown over the last couple of years and will further strengthen in future, as more Japanese companies are interested to invest in different sectors, said Ambassador of Japan to Pakistan, Takashi Kurai, on Sunday.

Speaking on the 9th Annual General Meeting of Pakistan Japan Business Forum (PJBF), he, however, said there is need for more steps to increase bilateral trade and investment to tap existing big potential on both sides, according to a statement issued here.

The Japanese Ambassador said that for more involvement of Japanese companies, better security situation, infrastructure development and legal and administrative measures were required.

He acknowledged that there is visible improvement on these accounts.

"I came to Pakistan in last April, since then law and order has significantly improved. Still more needs to be done," he was quoted as saying.

He said Japan was providing support to Pakistan in power sector as well.

The envoy informed that a Japanese firm was setting up a powder milk plant in Sheikhpura with initial investment of eight million dollars and would start its production in April 2018.

Panasonic had opened its show-room in Karachi in last October. Ajinomoto had entered a joint venture with Lakson Group in last July.

He said that the Japanese automobile companies Suzuki, Honda and Toyota had introduced new car models to Pakistani market.

In fiscal year 2015, the bilateral trade was around two billion dollars and, he was optimistic that it would continue to grow.

The Japanese Ambassador said that on the eve of 65th anniversary of friendly relations between the two countries, Japanese Embassy and its consulates planned many commemorative events on a larger scale throughout Pakistan.

He said these cultural events would highlight the long and strong friendship of Japan and Pakistan, and the leadership of both the countries would realise to have more political contacts; which definitely would boost trade and investment.

On his behalf and of the embassy's staff, the Japanese Ambassador promised full cooperation and support for the promotion of bilateral trade and investment.

The Ambassador praised the role of PJBF in promoting two-way trade and investment.

He recalled that PJBF delegation led by its President Sohail P. Ahmed visited Japan last year and had meetings with Japanese companies which motivated them to take interest in Pakistani products. That, an agreement was signed between small and medium enterprises (SMEs) of the two countries.