Huge cache of arms and ammunitions recovered from TTP hideout in Karachi
13 Jun, 2016 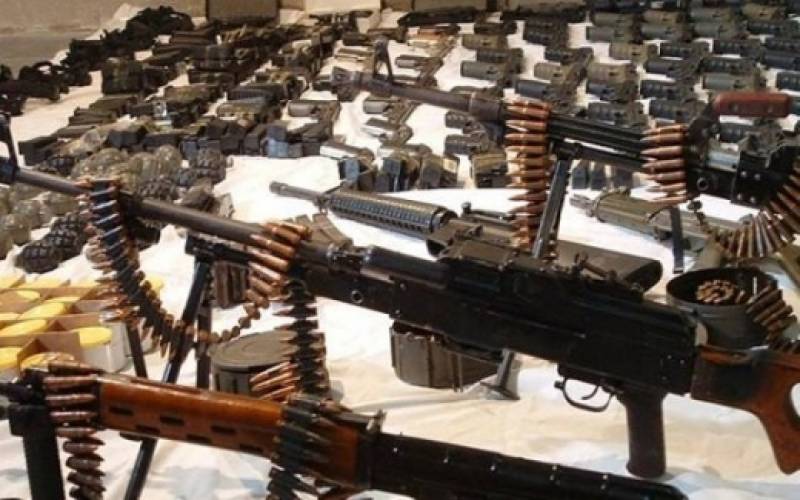 KARACHI: Huge cache of arms and ammunition including explosive material and drugs have been recovered by police here at today after conducting raid on TTP Commander Ahsan Ullah Mahsood hideout in Manghopir.

He added that several suspects have also been detained during the raid and investigation is underway.