CPEC western route and Gawadar port to be expedited
13 Jun, 2016 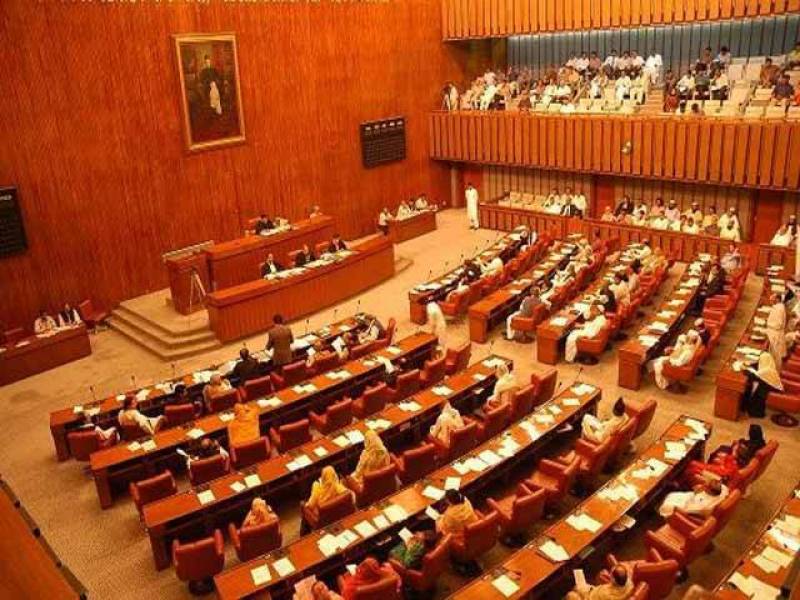 ISLAMABAD: (APP) Senators on Monday underlined the importance to expedite the implementation of China Pakistan Economic Corridor (CPEC) and Gawadar Port project for economic growth of the region and to counter Indian influence there.

Speaking on his motion in this regard, Mian Muhammad Ateeq Shaikh said the government should complete the Gawadar Port project on priority basis.

Gawadar was a deep sea port, which would benefit the whole region economically, he added.

He said the development work on the project should be properly monitored.

Senator Farhatullhah Babar said Pakistan had no fear of Chah Bahar agreement. The CPEC project should be launched in letter and spirit, he added.

The western route of CPEC should be given priority, he said.

He underlined the importance to review the foreign and defence policies of the country, saying goals and objectives should be set for good achievements.

He claimed Pakistan was being isolated in the region after certain incidents taken place recently.

After the assassination of Mullah Mansoor in a drone attack, he said, a narration should have developed that how the Taliban leader succeeded to get a Pakistani identity card.

He said India was investing in Chah Bahar (Iran) and projects of dams and railway lines in Afghanistan and on the other hand "we have failed to distribute resources equally among the provinces."

The foreign and internal policies, he said, should be evolved by the Parliament to make the same more fruitful.

Mushahid Hussain Syed said the US had downgraded Pakistan in a bid to counter China in the region. Indian Prime Minister Narindra Modi had visited several countries to isolate Pakistan, he said.

He said the Parliament should be made stronger so that the foreign policy could be formulated through this forum.

Muzafar Hussain Shah said a new power game had started in the region.

China had emerged as a big military and economic power while India was investing in Chah Bahar Port, he added.

He said Pakistan should start implementation on Iran Pakistan gas pipeline project to strengthen ties with the neighbouring country.

The United States had opposed the Iran-Pak gas pipeline project but it did not raise any objection on Chah Bahar agreement, which was discrimination, he said.

Senator William said the government should take appropriate steps to counter Indian influence in the region.

He said Pakistan should complete Gawadar Port project on priority for its economic growth.

Mir Kabir said the Chah Bahar Port agreement would affect the Gwadar Port. However, the impact could be averted by taking few steps, such a railway line should be laid to connect Gawadar and Narkandi and Sangeen. This would limit the Chah Bahar Port operation, he added.

Javed Abbasi said the Gawadar Port should not be compared with Chah Bahar. India could not digest the CPEC, which was a great achievement of the PML-N government. The CPEC project would benefit the whole region economically, he added.

Senator Taj Haider said the Gawadar Port was deeper as compared to the Chah Bahar Port. Economic growth and peace should be the top priorities of the government to make the country a welfare state, he added.

Tahir Mashhadi of MQM said Pakistan should not become part of any regional grouping. The foreign policy should be reviewed, he added.

Sardar Azam Musa Khel said the government should give priority to the western route of the China Pakistan Economic Corridor (CPEC).

Saifullah Bangash said Iran was an independent country and "we cannot raise any objection if she wants to develop her coastal area." Pakistan should expedite work on CPEC for economic growth, he said.

Senator Shahi Syed said India had distributed Rs 700 billion to sabotage the CPEC. This matter should be probed, he added.

He said the government promised to complete the western route of CPEC by 2018 but its design had not yet been finalized.