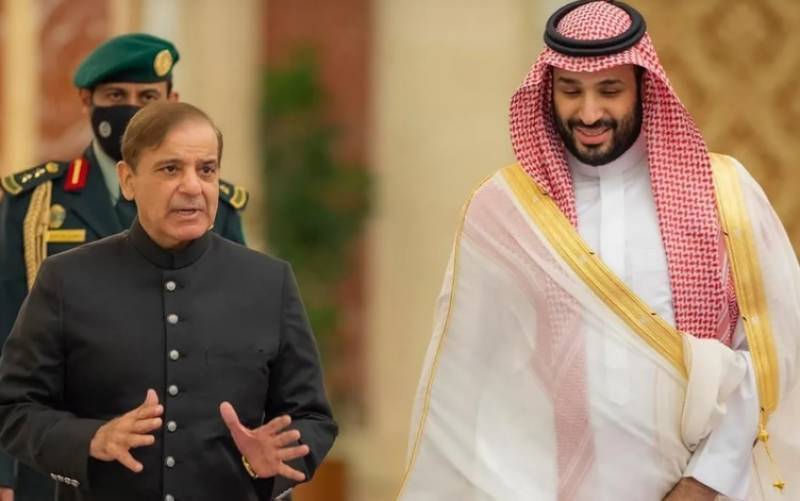 The invitation was extended by Prime Minister Shehbaz Sharif during a telephone call made to exchange greetings on the eve of Eidul Adha.

Pakistan and Saudi Arabia have agreed to pursue a joint strategy for execution of the decisions taken during Prime Minister Shehbaz Sharif’s visit to the Kingdom in April this year.

The Prime Minister expressed good wishes for the Saudi Crown Prince and people of Saudi Arabia.

He also felicitated the Saudi Crown Prince on the successful Hajj operation and thanked Saudi leadership and government for taking care of the Hajj pilgrims, particularly those from Pakistan.

Both leaders also discussed the ongoing bilateral projects and agreed to further strengthen cooperation in the fields of trade and investment.