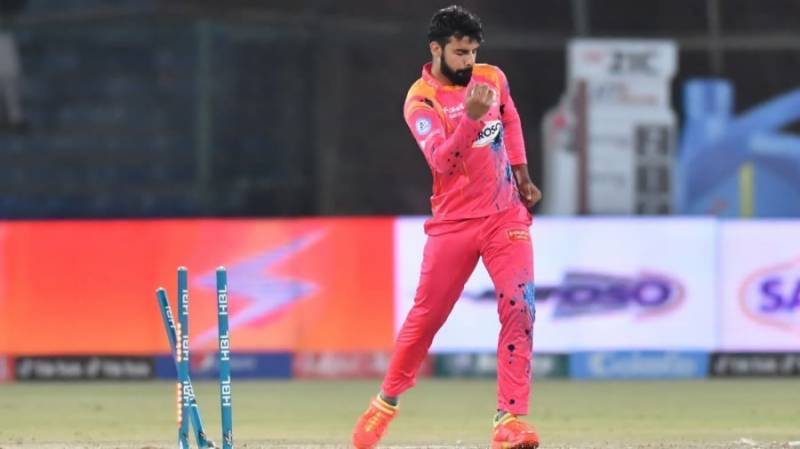 LAHORE – Islamabad United skipper Shadab Khan crossed another milestone as he becomes the most successful spinner in the history of the country’s flagship tournament.

The right-handed batsman achieved the latest feat in the 14th over of Quetta’s innings when he got the wicket of James Vince.

Taking the 62nd wicket in the history of the Pakistan Super League, Khan surpassed Muhammad Nawaz who had taken 61 wickets in 66 games. Meanwhile, Gladiators' all-rounder has been ruled out of PSL due to a foot injury and thus has no chance to reclaim his position.

The 23-year-old has played 58 PSL matches so far, all for United's, to become the most successful spinner in the tournament.

On the other hand, Proteas star, Imran Tahir – who is in Sultan’s squad – has taken 49, while star player Shahid Afridi has taken 47 PSL wickets in history. Top wicket-takers (spinners)

Two other bowlers have taken more wickets than Shadab Khan in the tournament. Wahab Riaz got 96 and Hassan Ali took 78 but they are both fast bowlers.

Despite Khan’s feat in PSL7, the Quetta Gladiators beat Islamabad United by five wickets on Saturday. Shadab led squad contrived to lose a humdinger of a high-scoring contest to Quetta Gladiators with three balls to spare.