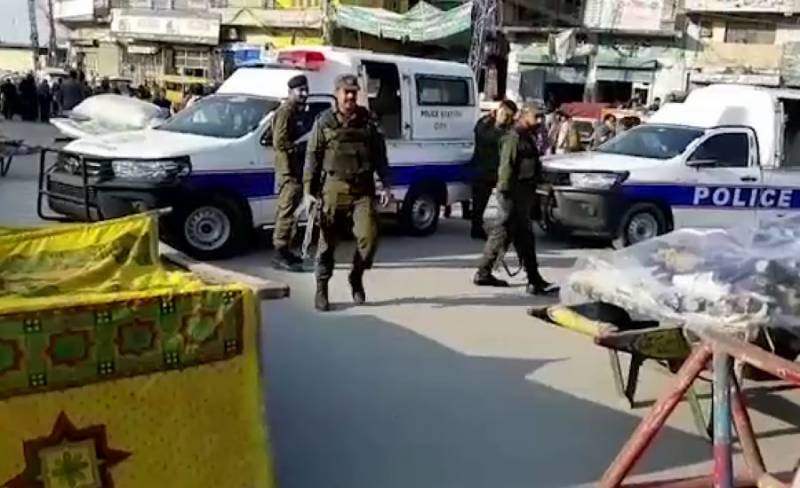 RAWALPINDI - At least 25 people were injured in an explosion in Rawalpindi on Sunday.

According to the reports, 22 people have been moved to the DHQ Hospital while three were treated at the spot. Three of the injured are in critical condition, including a child.

Four people injured in the explosion were members of a family who were passing by. They have been identified as two children, their father and mother.

The explosion reported took place at a street cart 50 feet away from the Ganj Mandi police station.

The police cordoned off the area and an investigation team has arrived to collect evidence. Roads leading to the site are being blocked.