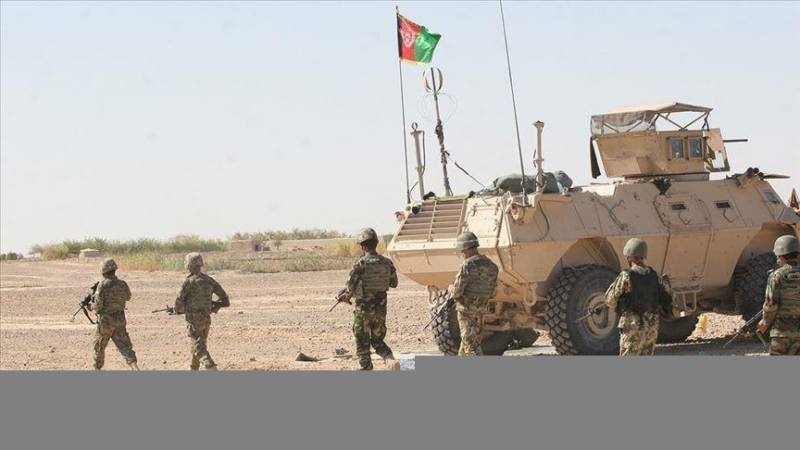 Afghanistan on Sunday claimed to have killed at least 90 Taliban militants amid heavy fighting in Kandahar province.

The Defense Ministry said multiple assaults by the Taliban were repulsed, and subsequent clean-up operations conducted in different districts of the restive southern province.

Taliban militants attacked checkpoints in Panjwai, Zhari, Arghandab, and Maiwand districts, resulting in counter-terrorism offensive by ground and air forces, it said in a statement, without offering details of any casualties among government forces.

Kandahar is the birthplace of the Taliban movement, and home town of founding leader Mullah Omar.

Taliban spokesman Qari Muhammad Yousuf Ahmadi said multiple civilian homes were destroyed and 13 innocent villagers, including children, were killed by government forces. "Our Mujahideen shall avenge their people from the enemy," he said in a statement.

The surge in violence comes as Kabul and the Taliban engage in peace talks. The negotiations started on Sept. 12 in the Qatari capital of Doha.

The talks are aimed at ending the nearly two-decade-long conflict following a landmark peace deal between the US and the Taliban in February that calls for the withdrawal of all foreign troops from Afghanistan.