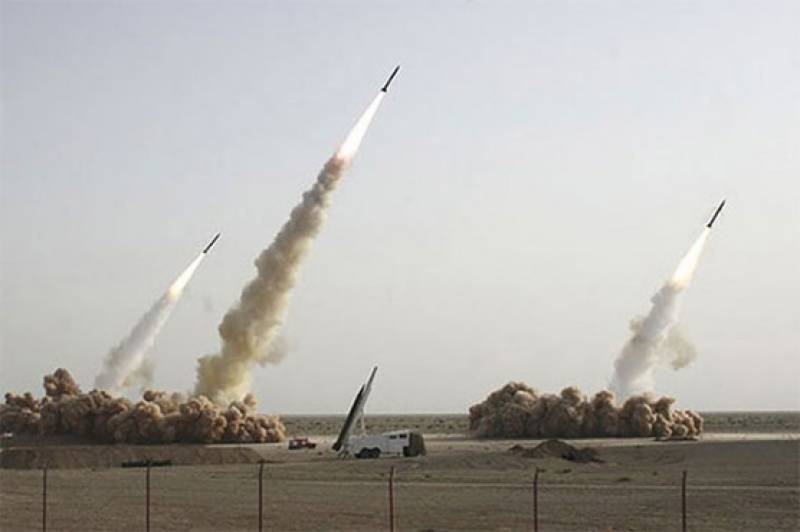 TEHRAN - Iran confirmed on Tuesday that it had carried out a recent missile test after Western powers sharply criticised a December 1 launch of medium-range ballistic missiles.

"We are continuing our missile tests and this recent one was a. significant test," the Fars news agency reported, citing Revolutionary Guards aerospace commander Brigadier General Amirali Hajizadeh.

"The US reaction showed that it was a big thing for them and that it upset them," Hajizadeh said, adding that Iran carried out between 40 and 50 missile tests a year.

He said the test had put Washington "under pressure", Fars reported.

Iran reined in most of its nuclear programme under a landmark 2015 deal with major powers, but has continued to develop its ballistic missile technology.

A UN Security Council resolution adopted after the agreement calls on Iran to refrain from testing missiles capable of carrying a nuclear weapon, but does not specifically bar Tehran from missile launches.

The Security Council convened at the request of Britain and France on December 4 to discuss the latest test, which both governments described as "provocative" and "inconsistent" with Resolution 2231.

Britain said that the types of missiles fired had capabilities that "go way beyond legitimate defensive needs".

Iran insists the missiles are for defensive and deterrent purposes only.

It has twice fired its medium-range missiles in anger in recent months.

The first was against a Kurdish rebel base in neighbouring Iraq in September following a series of cross-border attacks.

The second was against a jihadist base in eastern Syria in October following a deadly attack on a military parade in the Iranian city of Ahvaz.

Iran has developed several types of medium-range ballistic missile capable of reaching Israel or Western bases across the region.

In its report, Fars did not specify the date of the latest test or say which types of missile were fired.

Washington, which quit the nuclear deal in May, described the test as an outright "violation" of Resolution 2231 and called on the Security Council to condemn it.

But veto-wielding Moscow has defended Tehran s right to carry out missile tests, and the December 4 meeting ended with no joint statement or any plan for follow-up action.

The council is due to meet again on December 19 for a regular review of the resolution s implementation.

Iran has received repeated certifications of compliance with the provisions of the nuclear deal from the UN atomic watchdog.

Western criticism has focused instead on Tehran s missile programme and its military interventions in the region.

US President Donald Trump cited both issues as factors in his decision to abandon the nuclear deal with Tehran.

European governments have said they share US concerns but believe they should be addressed through a supplementary agreement, made more difficult to achieve by the hard line from Trump.

Washington has now reimposed all of the crippling unilateral sanctions against Tehran it had relaxed under the nuclear deal and European governments have so far failed to deliver on a promised mechanism that would enable their own firms doing business in Iran to circumvent them.

Washington has meanwhile called on its European partners to slap unilateral sanctions of their own on Iranian individuals and organisations involved in the missile programme. -APP/AFP