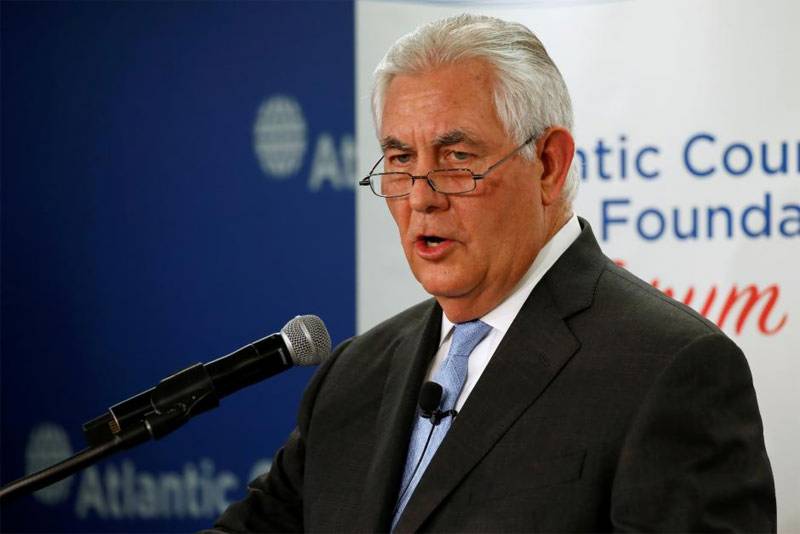 WASHINGTON: U.S. Secretary of State Rex Tillerson offered to begin direct talks with North Korea without pre-conditions, backing away from a key U.S. demand that Pyongyang must first accept that any negotiations would have to be about giving up its nuclear arsenal.

The White House later issued an ambiguous statement that left unclear whether President Donald Trump - who has said in the past that Tillerson was wasting his time pursuing dialogue with North Korea - had given his approval for the speech.

The apparent shift in Tillerson’s thinking came nearly two weeks after North Korea said it had successfully tested a new intercontinental ballistic missile in what it called a “breakthrough” that put the United States mainland within range.

While reiterating Washington’s position that it cannot accept a nuclear-armed North Korea, Tillerson said the United States was “ready to talk any time they’re ready to talk.” But he insisted there would have to be a “period of quiet” without nuclear and missile tests to have productive discussions.

Tillerson also disclosed that the United States had been talking to China about how to secure North Korea’s nuclear weapons in the event of a collapse of the government in Pyongyang, and that Beijing had been given assurances that if U.S. forces had to cross into North Korea they would pull back across the border into South Korea.

But he made clear that the United States wants to resolve the North Korea standoff through peaceful diplomacy, and in terms far more tempered than Trump’s recent threats against Pyongyang, offered to hold exploratory talks.

“Then we can begin to lay out a map, a road map, of what we might be willing to work toward,” Tillerson said, suggesting that any initial contacts would be about setting the ground rules for formal negotiations.