More than half of questions in Indian civil services exams were copied from one Pakistani website: Report
13 Dec, 2017 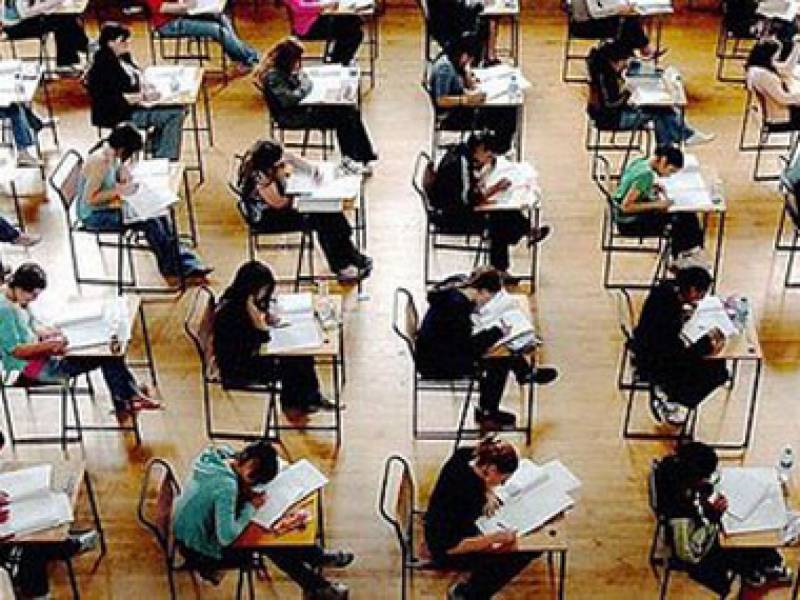 NEW DELHI - Indian students appearing for the combined competitive preliminary exams conducted by the Arunachal Pradesh Public Service Commission (APPSC) last month were stumped by questions that did not make much sense to them.

It was later found out that more than half the questions were copied from www.cssforum.com.pk, a resource website for civil services examinations in Pakistan. Some questions were also lifted from the 2008 Union Public Service Commission exams but without proper options to choose from.

That was not all, candidates said.

“Some of the questions in general studies, sociology and political science were in the context of a foreign country. We cross-checked and found they were straight out of the Pakistani resource site,” Tapi Omo, a candidate, said.

“As most of the question papers of the examination were photocopied and some were also tampered with, we cannot deny the possibility of a leak. Moreover, too much copy-pasting has been done while setting up the papers, which is illegal,” Nani Bath, member of a steering committee formed to demand a re-examination of the prelims, said.

Bath, a professor at the Rajiv Gandhi University near state capital Itanagar, said the committee on Monday set a deadline for APPSC to re-conduct the preliminary exams within three months.

A loose organisation of the candidates said a letter has been submitted to APPSC secretary Onit Payeng for checking the faulty question papers.

“The commission will take a call as early as possible if an expert panel finds errors in the question papers,” Payeng said.

Social activist Patey Tayum said making errors has become a habit for APPSC, and the state government needs to take a firm stand on the fiasco that could destroy the career of many young people.

“This is a criminal offence, and the guilty should be punished,” Tayun said, adding APPSC chairperson Tajom Taloh should quit owning moral responsibility.

This is not the first time that the APPSC is embroiled in a controversy. In 2015, allegations of a question paper leak led to the dismissal of four officials of the commission.

The question paper fiasco hit APPSC days after 25 officers in Assam were arrested and dismissed for their involvement in a cash-for-jobs scam in the Assam Public Service Commission (APSC).

Former APSC chairperson Rakesh Kumar Paul and others associated with the commission are in jail for their alleged role in the job-selling scam.