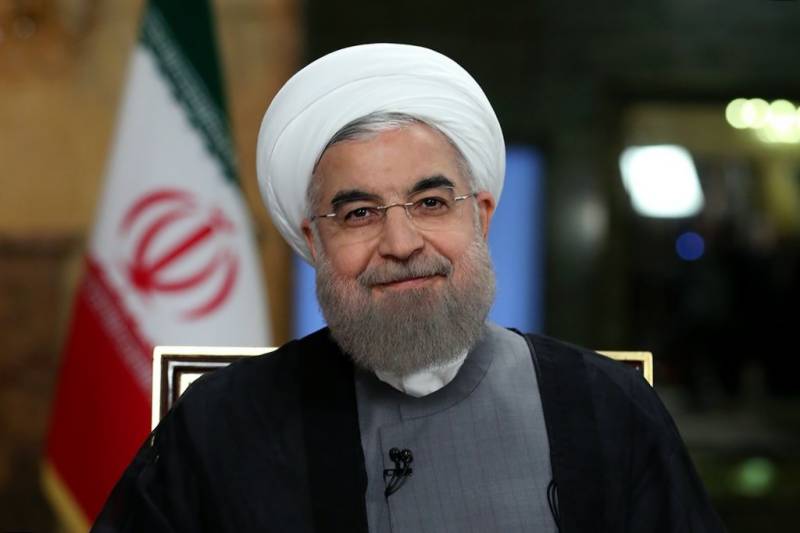 ISTANBUL - Iranian President Hassan Rouhani said on Wednesday all Muslim nations should work together to defend the rights of Palestinians against Donald Trump’s decision last week to recognize Jerusalem as Israel’s capital.

Speaking in an emergency meeting of Muslim leaders in Turkey’s Istanbul city, Rouhani said the Muslim countries should resolve their internal disputes through dialogue and called for unity against Israel. Rouhani said Israel had planted seeds of tension in the crisis-hit region.

According to the Anadolu News Agency, Turkey’s foreign minister also urged the Organization of Islamic Cooperation (OIC) to encourage other countries worldwide to recognize East Jerusalem as the capital of Palestine based on the 1967 borders.

“We, who recognize Eastern Jerusalem as the capital of Palestine, should encourage other countries to recognize East Jerusalem as Palestine’s capital on the basis of the 1967 borders,” Mevlut Cavusoglu said in a speech to his counterparts at the OIC Council of Foreign Ministers' Meeting in Istanbul, where Anadolu Agency is the official host photographer.

“We’ve gathered here in order to stop the persecution. The U.S. has deeply wounded humanity’s conscience. Israel is aiming to legitimize its occupation attempt. This U.S. decision is null and void for us,” he said

“Let's protect Jerusalem, which is a holy site for the three Abrahamic religions," he said. “Palestine needs to be recognized by other countries.”

“We should encourage [countries] to recognize East Jerusalem as the capital,” but not only by saying that it is the capital, but by following through with action, he stressed.

“Today’s extraordinary summit will show the struggle of the Islamic Ummah," or community, he added.

The announcement sparked strong condemnation from around the world, including Turkey, the EU and the UN.

Jerusalem remains at the core of the Israel-Palestine conflict, with Palestinians hoping that East Jerusalem -- now occupied by Israel -- might eventually serve as the capital of a future Palestinian state.

During his election campaign last year, Trump repeatedly promised to relocate the U.S. Embassy in Israel from Tel Aviv to Jerusalem. Anadolu