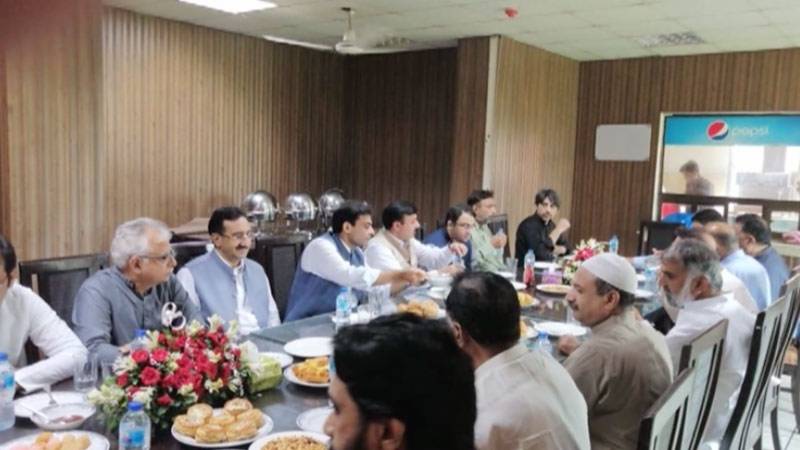 *ISLAMABAD - Members of the Sharif family met on Monday with Pakistan Muslim League-Nawaz leaders Maryam Nawaz and Hamza Shehbaz, who are currently under custody of the National Accountability Bureau.*

Members of the Sharif family had lunch together during the meeting that lasted for two hours. Later on they returned from the NAB office without speaking to the media.

The anti-graft body had permitted relatives to meet under custody suspects on Eid.

The NAB team also arrested Maryam’s cousin, Yousaf Abbas Sharif. Yousuf is the son of her late uncle and was recently offloaded off a Hajj flight on NAB’s request.

Maryam was summoned by NAB in the Chaudhry Sugar Mills on August 8, but she did not appear before the anti-corruption watchdog.