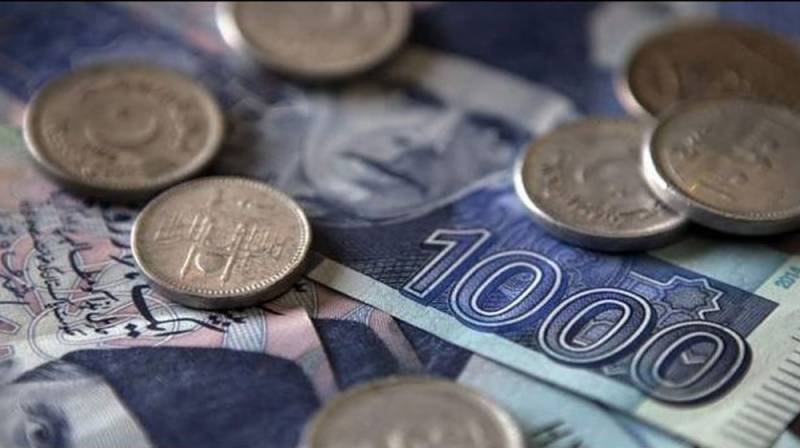 In terms of the percentage of the GDP٫ it has been projected that Pakistan overall budget deficit will be narrowed to 5.8 percent from 6.3 percent of the GDP.

It is pertinent to mention here that the previous government had rebased the size of the economy from Rs. 53,867 billion to Rs. 63,978 billion. This has provided a cushion to the government for reducing the budget deficit in terms of percentage of GDP.

The Finance Ministry estimates that the overall budget deficit will go up by Rs. 327 billion to Rs. 3,747 billion because of the low non-tax revenue projection for the current fiscal year.

According to the Mid-year Budget Review report compiled by the Finance Ministry٫ in real term٫ the overall budget deficit has been projected at Rs. 3,747 billion against the original estimate of Rs. 3,420 billion for the current fiscal year.

The overall primary budget deficit has been revised from Rs. 360 billion to Rs. 687 billion during the current fiscal year.

The report says that the increase in current expenditure is expected due to rising payments of debt servicing, energy subsidies, social safety net program, and COVID-19 related expenditures.

In the first half of the current fiscal year, an amount of Rs. 212 Billion has been provided for procurement of the coronavirus vaccines and ancillary services against which an expenditure of Rs. 196 billion has been incurred by respective departments.

The international development partners including World Bank, ADB, IMF, and other bilateral/ multilateral donors have provided all kinds of support to the government in handling the pandemic.

The Finance Ministry has also revised the ceiling of the allocated PSDP size from Rs. 900 billion to Rs. 700 billion but net lending will remain the same at Rs. 64 billion.

The Finance Ministry further said that the gross federal revenue receipts will be Rs. 7,718 billion, Rs. 191 billion less than the original estimate of Rs. 7,909 billion. Out of the total revenue, the ministry has revised the target of the FBR income from Rs. 5,829 billion to Rs. 6,100 billion for the current fiscal year.