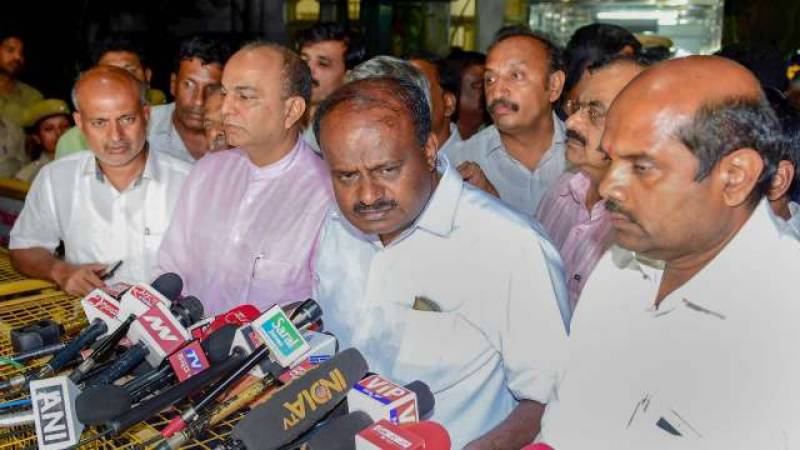 NEW DELHI - A video clip of top Indian leader Kumaraswamy's speech has surfaced where he seemed to say only poor people join the Indian armed forces.

"Those who safeguard the borders are not children of rich people. They are children from poor families who can't afford two square meals.

Here, is a PM who politicises their ultimate sacrifice," news agency ANI quoted Kumaraswamy as saying at an election rally in Madduru in southern Karnataka.

The BJP took a shot at Kumaraswamy in its tweet. People who don't have food to eat join Defence: @hd_kumaraswamy… Kumaraswamy avare, people join Defence forces due to the love they have for Nation. Why don't you send your Son to serve in army instead of contesting for MP seat. You may then know what it needs to be a soldier," read the BJP's tweet.