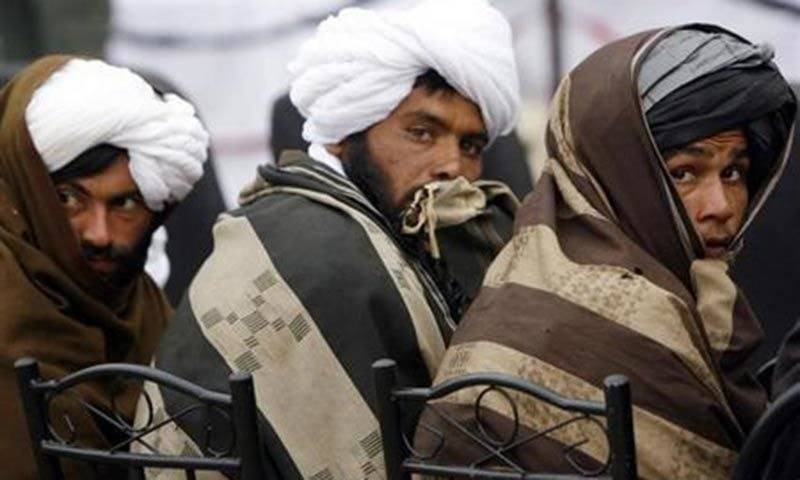 KABUL - A fresh round of violence gripped Afghanistan on Saturday and explosions shattered weeks of relative calm in the capital Kabul, one day after the Taliban launched their annual spring offensive. The bloodshed comes as the US pushes for a peace settlement with the Taliban, and ahead of a new round of talks expected to take place in Qatar later this month.

In one assault, Taliban attackers were reported around the edges of the northern city of Kunduz, which the militants briefly captured in 2015.

The Taliban takeover of Kunduz in 2015 shocked observers, and marked the first time since their ouster in 2001 that they had been able to conquer a major city.

Late Saturday in Kabul, a central police station came under attack in the first major incident of its kind in several weeks.

Ministry of the Interior spokesman Nasrat Rahimi said at least one person was killed and six others wounded when two hand grenades were thrown at a military vehicle. No one immediately claimed responsibility.

After nearly 18 years of war, the US is trying to forge a settlement with the Taliban, and President Donald Trump is impatient for some sort of resolution.

US officials have already met several times with the Taliban and further talks are expected in the Qatari capital Doha later this month.

Afghan President Ashraf Ghani wants to send a delegation to "exchange views" with the Taliban, but even the process of picking delegates has become bogged down with squabbling and delays.

The Taliban have long refused to speak officially with Kabul, dubbing the government a "puppet" of the West, and the militants have insisted that government officials are attending only in a "personal capacity".

And the Taliban said they had conducted a truck bomb attack in the Shirzad district of the eastern province Nangarhar late Friday, claiming to have killed or wounded "more than 200 soldiers, police and militias".

The violence came hours after the Taliban announced the start of Operation Fath, the name the militants have given to this year's spring offensive.

"Both sides have sustained casualties," the Afghan defence ministry said. "Clashes are ongoing between (Afghan security forces) and Taliban terrorists."

Afghan President Ashraf Ghani's palace on Saturday condemned "in the strongest words" the announcement of Operation Fath. "The continuation of war is no one's interest," the palace said.

The spring offensive traditionally marks the start of the so-called fighting season, though fighting nowadays continues unabated throughout the year.

The Taliban blamed Ghani's government and the US for the violence, accusing them of the indiscriminate killing of civilians in a bombing campaign.

"We also want to clarify that we are committed to the ongoing negotiations process and a peaceful resolution but cannot remain indifferent to the military operations and ongoing crimes of the invaders and their internal supporters," Taliban spokesman Zabihullah Mujahid said.

To facilitate travel to Doha, the United Nations has lifted travel bans for 11 Taliban delegates, including Mullah Abdul Ghani Baradar, a cofounder of the Islamist movement and its top political leader, as well as Sher Mohammad Abbas Stanikzai, the Taliban's former deputy minister of foreign affairs.

"The requested exemption is solely for travels required for participation in peace and reconciliation discussions," the UN Security Council said. - APP/AFP