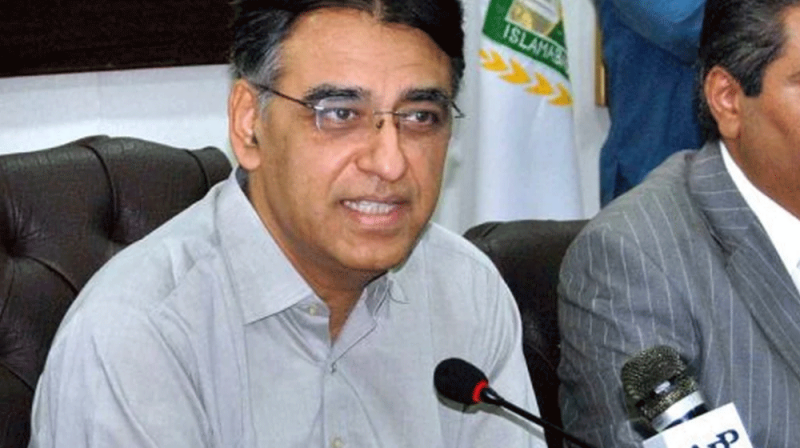 ISLAMABAD - Pakistan and IMF have reached agreement over an approximate $10 billion bailout package, Reports have revealed.

The Finance Minister of Pakistan Asad Umar said on Friday that the country and the International Monetary Fund (IMF) have almost reached an agreement on a bailout package.

He made these remarks while addressing a news briefing at the Pakistani embassy in Washington.

The minister and his team are currently in Washington for a meeting with IMF officials for negotiations on the financial bailout package –the country’s 13th in last three decades.

“We had meetings with the IMF officials in the last two days, and we have, more or less, reached an understanding,” the minister said, adding that in the next day or two, the two parties will reach a full agreement.

“Once everything is worked out, we will share the details with you,” the finance minister said.

He said that the next step would be the IMF mission’s visit to Pakistan in the coming few weeks where they will work out the technical nitty-gritty; but in principle, they have reached an agreement.

Umar, who had been in Washington for the last two days, left for New York after the briefing. His team, however, stayed in the US capital to work out on the possible three-year multibillion-dollar package.

During the talks, the Fund also expressed reservations over CPEC and its possible impacts on the IMF Program.

“But, we assured them that there’s no overlapping between the two programs,” an official source said.

“Some fine-tuning will be done in Islamabad, and then the package will be signed,” the minister said.

While the minister snubbed the questions about IMF’s demands that still required negotiations, there were reports on local media that the international lending agency is insisting on a market-oriented exchange rate while Pakistan wants to retain its current approach of a managed float.