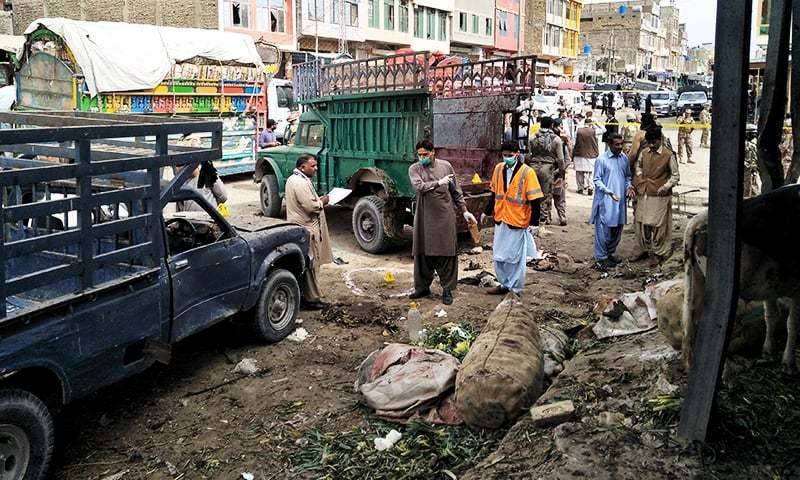 Bahram Qasemi sympathized with Pakistani government, people and especially the bereaved families of the victims of the deadly attack.

He added that security and stability of neighbors especially Pakistan is of major importance for Iran.

Earlier, Deputy Inspector General of Quetta police Abdul Razzaq Cheema said the blast, which ripped through the Hazarganji area of the city was caused by an improvised explosive device (IED) that had been hidden in the fruit market.

He said eight of those killed were members of the Hazara Shia community.

No group or individual have yet claimed the responsibility of the attack.

This is while, illegal groups like Baloch rebels had claimed the responsibility of explosions and attacks against security forces and civilians.

The Hazara community has been disproportionately targeted by sectarian violence as they are easily identifiable due to their distinctive physical appearance.

A report released by the National Commission for Human Rights (NCHR) last year stated that 509 members of Hazara community were killed and 627 injured in various incidents of terrorism in Quetta from January 2012 to Dec 2017.