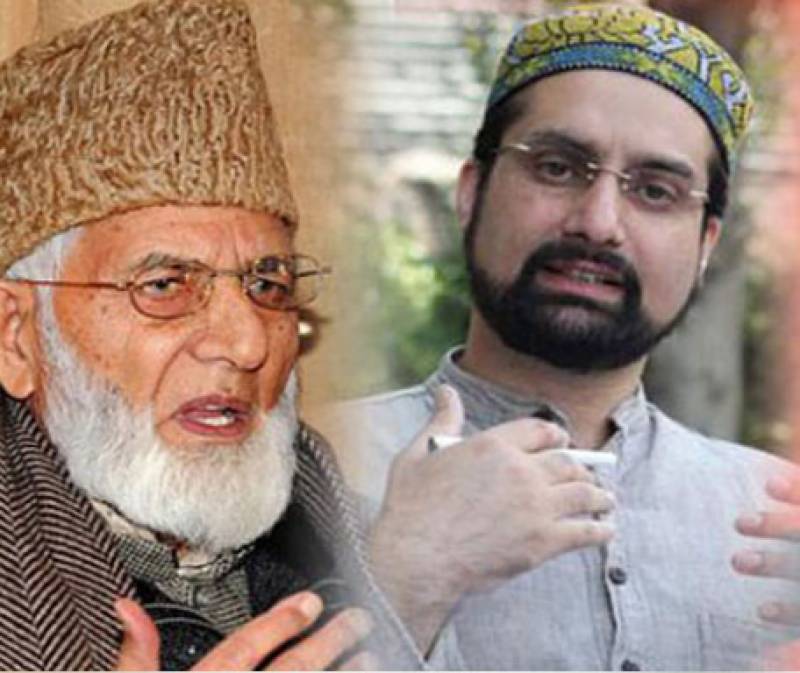 In occupied Kashmir, the All Parties Hurriyat Conference Chairman, Syed Ali Gilani, and the Chairman of Hurriyat forum, Mirwaiz Umar Farooq, have said that India is using its investigating agencies as a weapon of war to suppress the Kashmiri people in general and Hurriyat leaders and activists in particular.

According to Kashmir Media Service, Syed Ali Gilani in a statement in Srinagar, today, strongly condemned the notice issued by India’s Enforcement Directorate to minor daughters of illegally detained senior APHC leader, Shabbir Ahmed Shah, arrest of JKLF Chairman, Muhammad Yasin Malik, by National Investigation Agency and shifting him to Delhi’s Tihar jail, repeated quizzing of Mirwaiz Umar Farooq and shifting of leaders of Jamaat-e-Islami and other religious organizations to jails outside the valley.

Meanwhile, Hurriyat leaders in their statements strongly condemned the killing of a 7th class student, Owais Ahmed Mir, by Indian troops at Mandigam in Kupwara.

On the other hand, National Alliance of People’s Movements said ban on civilian traffic on Srinagar-Jammu highway for two days a week reaffirms the suspicion that BJP-led government is ideologically attracted to the shameful policies of Israel with regard to Palestine.