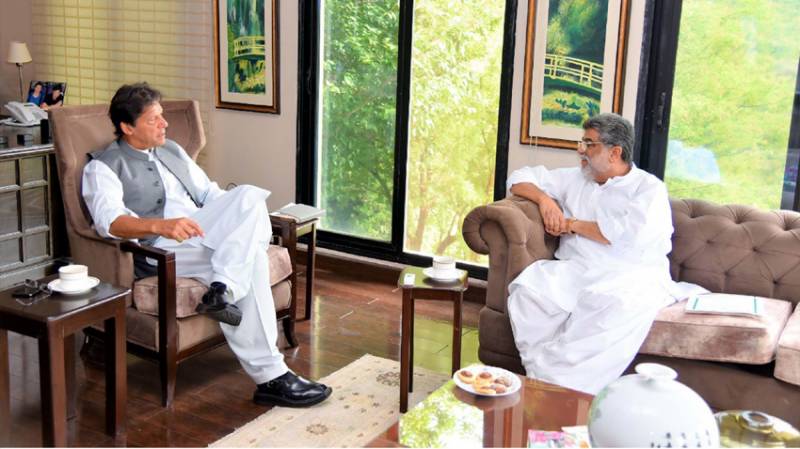 Prime Minister Imran Khan says development and reconstruction of Balochistan is top priority of the PTI Government, which is evident from province's enhanced share in the China-Pakistan Economic Corridor.

Talking to President PTI's Balochistan chapter Sardar Yar Muhammad Rind in Islamabad today, he said the federal government will fully cooperate for the resolution of problems being faced by the people of Balochistan.

During the meeting, views were also exchanged matters related to Balochistan, construction of dams and progress on Kachhi canal project.

They exchanged views on matters of mutual interest.

Punjab Minister for Higher Education and Tourism Yasir Humayun called on Prime Minister Imran Khan in Islamabad today and discussed matters pertaining to promotion of higher education and tourism in the province.

During the meeting, developmental projects in the Sindh province and particularly progress on the projects worth 162 billion for Karachi by the Prime Minister were reviewed.

The Governor Sindh also presented different proposals for the establishment of Hyderabad University to the Prime Minister.