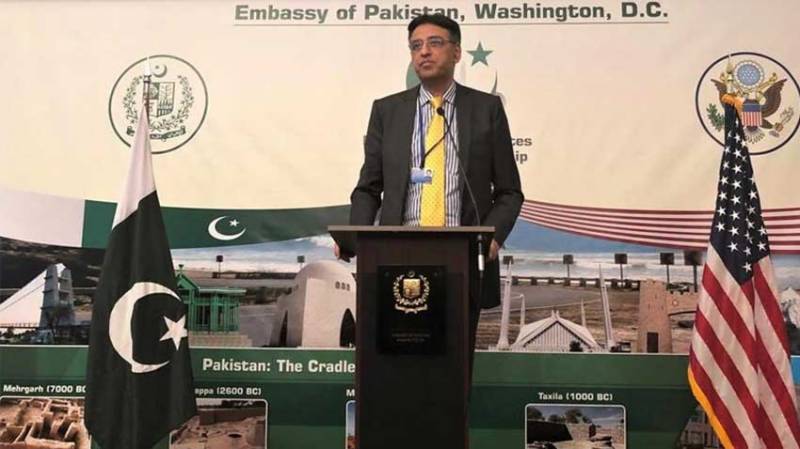 Finance Minister Asad Umar has called upon the Pakistani-American diaspora to take advantage of new business opportunities and make massive investment in Pakistan.

He said this while addressing a large group of Pakistani-American businessmen and professionals in Washington DC.

He gave a round-up of his meetings with the global financial institutions on the sidelines of International Monetary Fund/World Bank Spring Meetings 2019.

The Minister apprised the participants about the current macro-economic situation in the country.

He said steps are afoot to put the country's economy on strong and sustainable foundations.

Finance Minister also responded to questions from participants on the state of Pakistani economy and government's future plans.