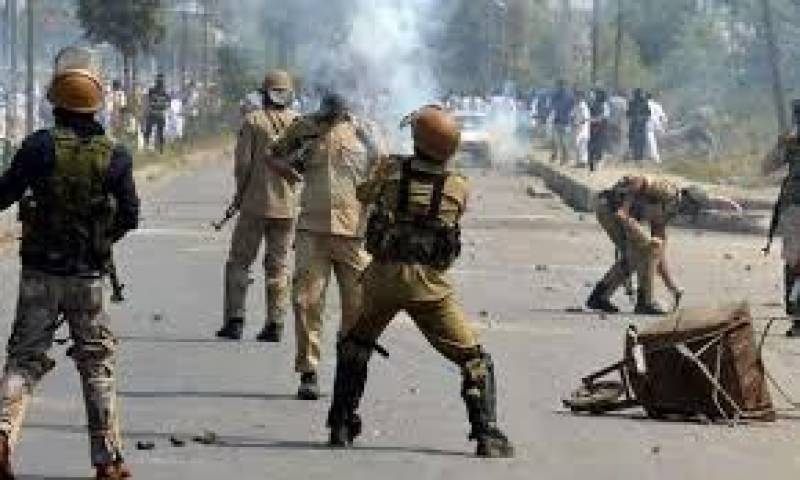 ISLAMABAD: At least ten Indian policemen were seriously injured after the vehicle in which they were traveling met with an accident at Trekpora in Rafiabad area of Baramulla district.

On the other hand, several people were injured when Indian troops and police used brute force on protesters in Baramulla district.

Indian police and troops fired pellets and teargas shells on protesters in Sopore and Palhalan areas of the district, injuring several of them.

On the other hand, the personnel of India’s Border Security Force thrashed several people in Arai Malkan Mandi in Poonch district.