Yet another surrender by government
13 Apr, 2018 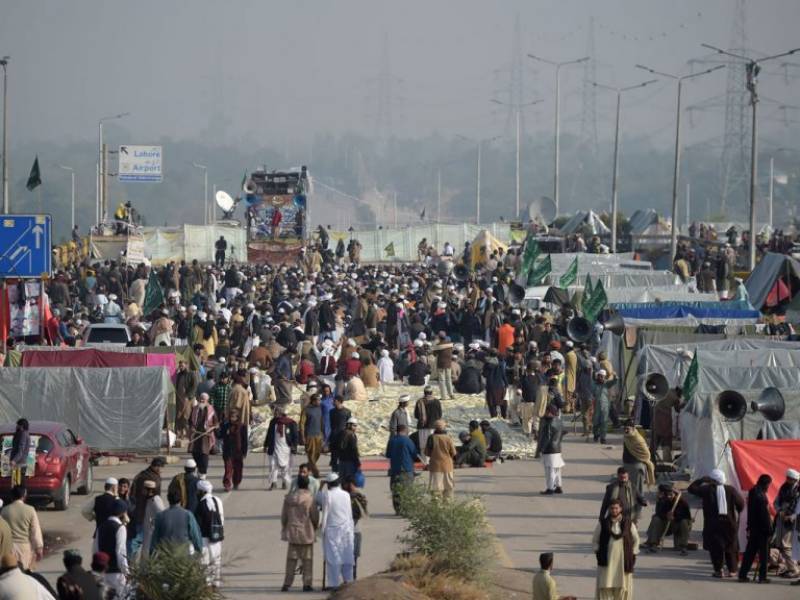 ISLAMABAD - After negotiations with Punjab government on Friday morning, Tehreek-i-Labbaik Pakistan (TLP) has finally called off its more than a week-long protest in Lahore and other cities.

According to local media reports, the protest was called off early morning today after the government agreed to the demands of the protesters.The government has also agreed to drop charges against TLP leaders and workers.

Last year, the religious party held a protest and sit-in in Islamabad’s Faizabad that continued for almost two weeks. The protest ended after the government agreed to the terms and Law Minister Zahid Hamid resigned. The government also agreed to make Zafar’s report public but had failed to do so.