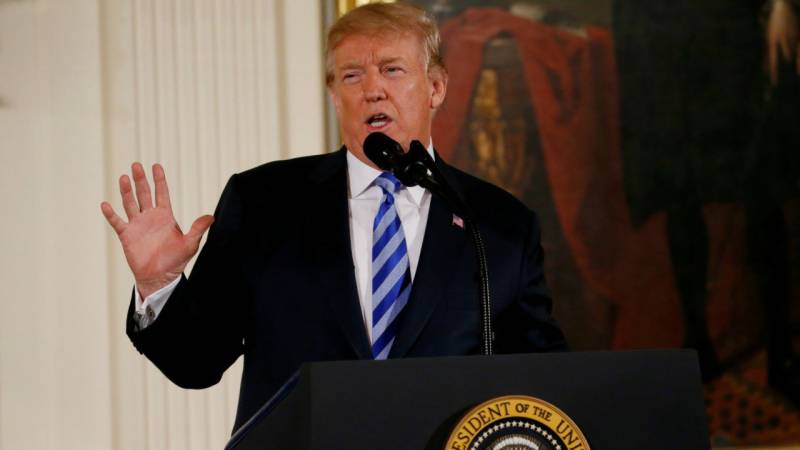 WASHINGTON - US President Donald Trump has taken a big U turn and said the United States would only join the Trans Pacific Partnership, a multinational trade deal his administration walked away from last year, if it offered "substantially better" terms than those provided under previous negotiations.

His comments, made on Twitter late Thursday, came only hours after he had unexpectedly indicated the United States might rejoin the landmark pact, and amid heightened volatility in financial markets as Washington locked horns with China in a bitter trade dispute.

In his Twitter post, which came during Asian trading hours, Trump said the United States would "only join TPP if the deal were substantially better than the deal offered to Pres. Obama.

We already have BILATERAL deals with six of the eleven nations in TPP, and are working to make a deal with the biggest of those nations, Japan, who has hit us hard on trade for years!"Policymakers in the Asia-Pacific region on Friday responded to the possibility of the U.S. rejoining the trade deal with scepticism.

"If it's true, I would welcome it," Japanese Finance Minister Taro Aso told reporters after a cabinet meeting on Friday and before Trump's tweet. Aso added that the facts needed to be verified.

Trump "is a person who could change temperamentally, so he may say something different the next day", Aso said. Australian Prime Minister Malcolm Turnbull, commenting after Trump's tweet, said it would be "great" to have the U.S. back in the pact though doubted it would happen.