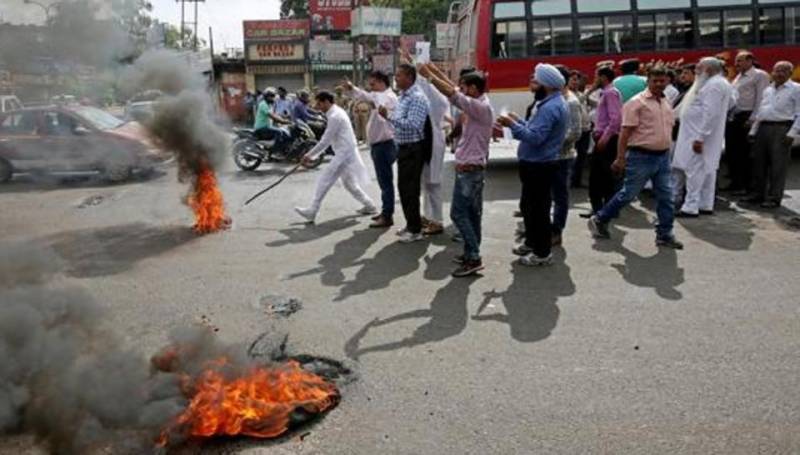 NEW DELHI - Two BJP ministers, who had attended a rally in support of the Kathua rape accused, on Friday resigned from the Mehbooba Mufti government

A group called the Hindu Ekta Manch recently held a rally with the Tricolour, opposing the settlement of Gujjar and Bakarwal tribes in Kathua. It also demanded the release of a police officer accused of involvement in the rape and murder of the girl.

Earlier, the state’s minister for forest Chaudhary Lal Singh and minister for commerce and industries Chander Prakash Ganga, both from the BJP, attended the event.

An eight-year-old had disappeared from near her home in a village near Kathua in the Jammu region on January 10. Her body was found in the same area a week later.

The charge sheet filed by the crime branch said that the girl was allegedly abducted, drugged and held in a temple while she was raped repeatedly because the main accused wanted to scare the Bakarwals and make them move out of the village.