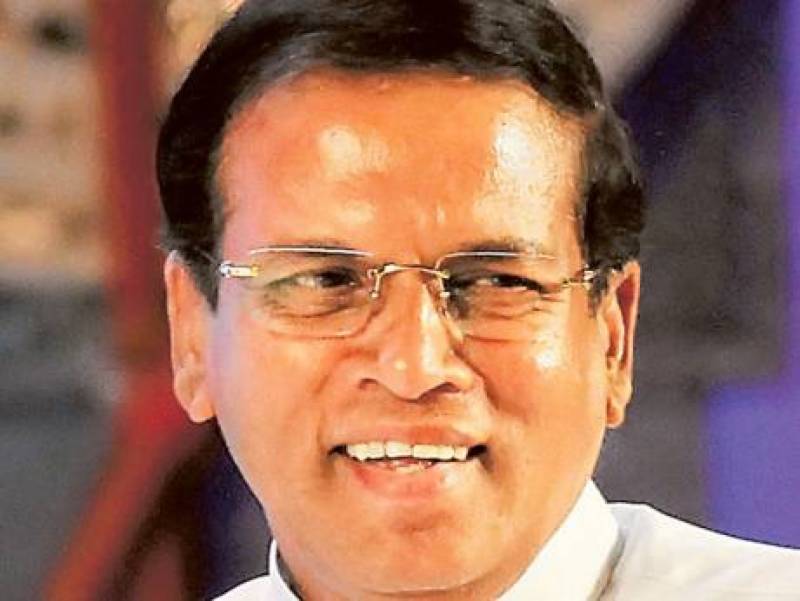 COLOMBO - Sri Lankan President Maithripala Sirisena on Thursday suspended parliament until May in a shock move amid a deepening power struggle between him and his unity government’s prime minister.

A government decree quoted the president as stating that he had halted parliament’s meetings “with effect from midnight” Thursday under article 70 of the constitution.

The move, scheduled to last until May 8, came hours after at least 16 Sirisena loyalists, including six cabinet ministers, said they would leave the troubled coalition.

Relations between the rival groups in the unity government have soured after both suffered losses in February’s local council elections.

In recent weeks, Sirisena has reduced the powers of Prime Minister Ranil Wickremesinghe, removing from his control the central bank, the policy-making National Operations Room and several other institutions.

Parliament had been expected to meet again next Thursday.

Presidential officials declined to comment on the reason for the suspension.

“We have been surprised by the announcement,” one government legislator who requested anonymity told AFP.

Just hours before he announced the suspension of parliament, Sirisena had appointed acting ministers to the positions of those who quit the Cabinet.

Wickremesinghe last week won a motion of no confidence moved by the joint opposition and backed by Sirisena’s ministers as bickering grew between the two leaders.

Sirisena had demanded Wickremesinghe’s resignation to allow him to appoint a prime minister of his choice. - APP/AFP