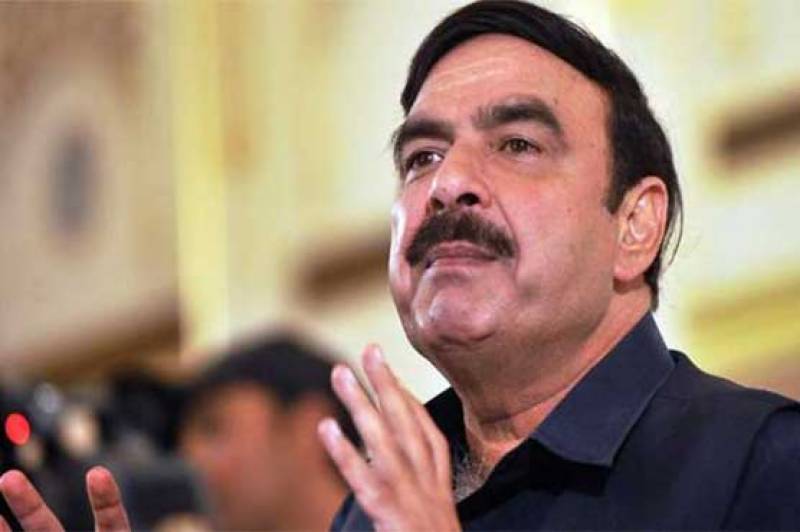 LAHORE – Awami Muslim League (AML) Chief Sheikh Rasheed has responded over the decision of the Supreme Court over disqualification case.

He on Friday has said that politics of Sharif family has been ended before the general elections.

Exclusively talking to Dunya News, Sheikh Rasheed said that he was expecting the same verdict from Supreme Court (SC) in disqualification period case of lawmakers. Article 62(1)(f) has been implemented today, he added.

He said that he is not allowed to talk in the National Assembly (NA) due to his outspoken nature. I raised voice against amending article regarding Khatam-e-Nabowwat (PBUH).

Earlier today, SC has stated that Nawaz Sharif and Jahangir Tareen stand disqualified for life in a follow-up to the historic disqualification judgments of the two politicians.

The top court in its July 28 ruling of last year had disqualified Nawaz Sharif as president of the ruling Pakistan Muslim League-Nawaz (PML-N), while Pakistan Tehreek-e-Insaf (PTI) leader Jahangir Tareen was disqualified under Articles 62 of the constitution.

﻿On February 14, the apex court had reserved its verdict in the case regarding duration of the disqualification of the members of the parliament incurred under Article 62(1)(f) of the Constitution. The verdict was reserved after Attorney General Ashtar Ausaf completed his arguments.﻿