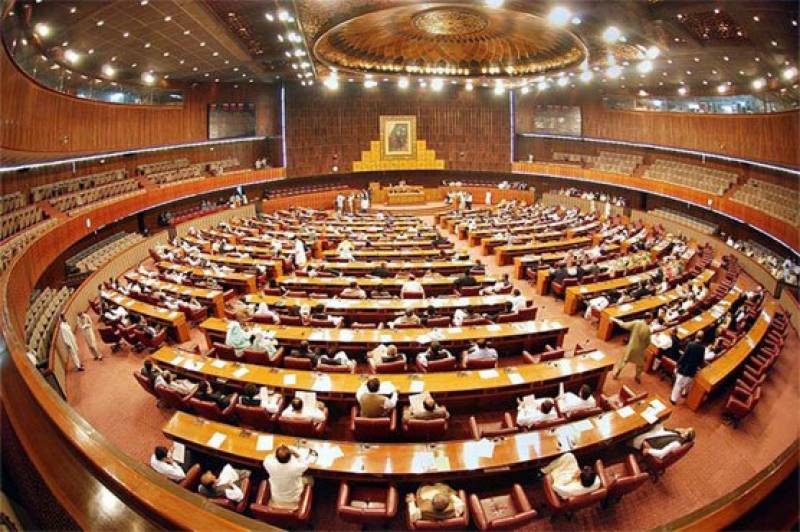 ISLAMABAD - The Senate on Friday passed the Supreme Court and Peshawar High Court (Extension of Jurisdiction to Federally Administered Tribal Areas) Bill, 2018 unanimously aimed at bringing the people of FATA into the main stream in accordance with their wishes and aspirations.

The bill was tabled by the Minister for States and Frontier Regions (Safron) Lt Gen (Retd) Abdul Qadir Baloch which was passed by the House.

Statement of Objects and Reasons of this bill says” In order to bring the people of FATA into the mainstream in accordance with their wishes and aspirations, it is necessary that the jurisdiction of the Supreme Court and Peshawar High Court should be extended to such areas for safeguarding their rights and providing them proper administration of justice in accordance with the constitution”.

JUI-F Senator Maulana Atta-ur-Rehman walked out from the House and did not participate in voting.

Expressing jubilation over the passage of the Bill, Leader of the Opposition in Senate Sherry Rehman said more would be done for FATA. More Bills would follow to grant more rights to FATA, she added.

Senator Javed Abbasi said the credit of granting rights to FATA goes to former Prime Minister Nawaz Sharif and PML-N government. The bill has been passed as per the aspirations of FATA people.

He said that this bill will pave way for speedy justice to people as no other party during the last 70 years considered about it.

Senator Azam Khan Swati said that passage of this bill is a historic moment and a step forward to bring FATA into mainstream.

Senator Mushahid Hussain Sayed said granting rights to Fata was promised by the Quaid-e-Azam Muhammad Ali Jinnah, who assured them provision of basic rights in Pakistan.

Senator Muzaffar Hussain Shah termed the Bill as a historic one which granted the much needed rights to Fata people after 70 years. Senator Siraj-ul-Haq said that 70 years of tyranny has ended. The need is to work more for the people.

Senator Maulana Atta-ur-Rehman said the passage of bill is extra constitutional step. “The Bill has been passed without consulting FATA people. Parliament is losing prestige,” he said. - APP