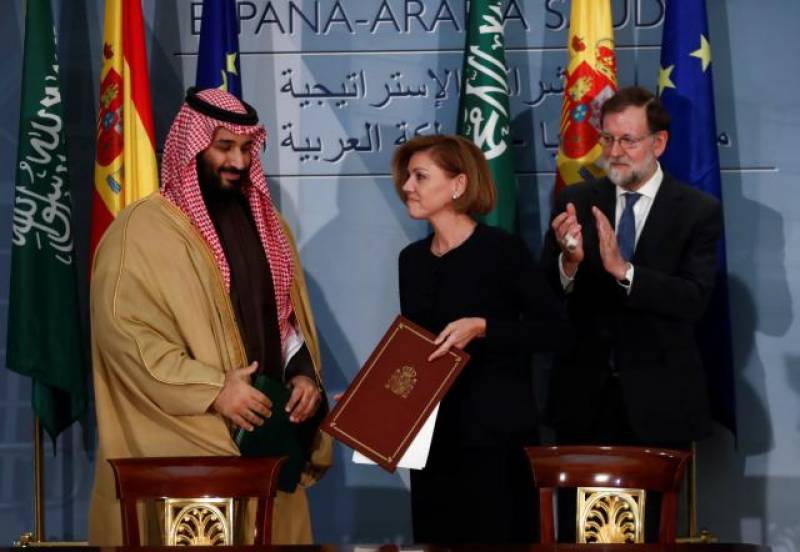 MADRID - Spain and Saudi Arabia have signed a framework agreement to sell the Gulf Arab state warships under a deal estimated to be worth around 1.8 billion euros ($2.2 billion).

Saudi Arabia’s crown prince and Spain’s defense minister signed an “executive summary to facilitate the necessary procedures” for the Saudi Defence Ministry to sign a contract with Spanish state-owned shipbuilder Navantia for the supply of warships, a Saudi government statement said late on Thursday.

It said another agreement was signed between state-owned Saudi Arabian Military Industries Company and Navantia, but did not provide further details.

A Spanish Defence Ministry source said that under the deal, Navantia would sell five small warships, Spain’s army would train Saudi military personnel and contractors would build a naval construction center in the kingdom.

Campaign groups Amnesty International, Spain’s FundiPau, Greenpeace and Oxfam have called on Spain to stop selling military equipment to the Saudis, accusing the kingdom of abusing rights - charges it denies.

The two sides have been negotiating the warship deal since 2015, and the final contract between the Saudi Defence Ministry and Navantia would take longer to complete, the source said. - Agencies