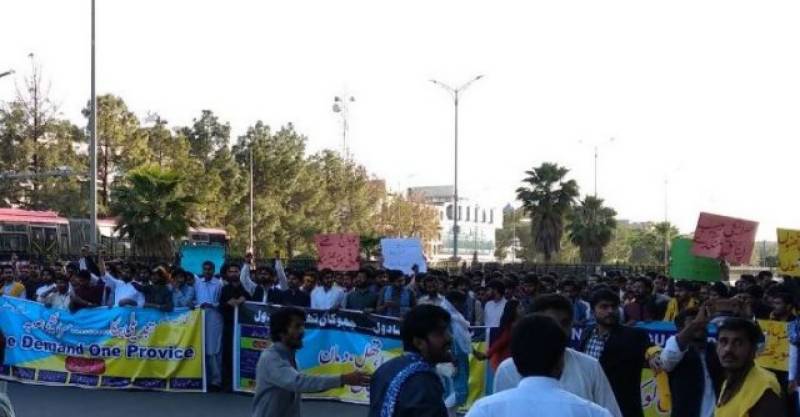 *ISLAMABAD: Hundreds of Saraiki youth, writers, political workers, women and journalists took out a rally in Islamabad on Friday to demand a separate Saraiki province.*

Participants of the rally carrying banners and placards demanded the government take necessary steps to establish the Saraiki province.

The rally came days after eight lawmakers belonging to the PML-N quit the party and formed a new political front to push for demands for the creation of the new province comprising South Punjab region.

“We have gathered to renew our historical demand, which is based on unique culture, geography, facts and history. The Saraiki belt had been a separate unit before the colonial era,” the participants said.

They said that Bahawalpur state was merged into Punjab in the name of one unit scheme in 1969. As a result of the forced merger, Saraiki belt was forced to become dependent on the Lahore throne.

The young generation was facing unemployment due to lack of quota in government jobs. The Southern belt was deprived of its share in distribution of resources