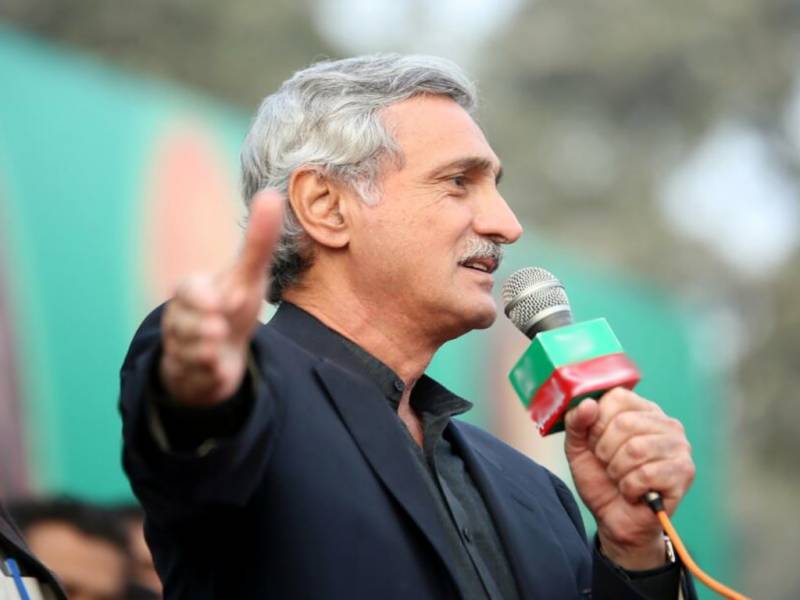 ISLAMABAD - After the Supreme Court’s (SC) ruling that disqualification under Article 63 (1)(f) is permanent, Pakistan Tehreek-e-Insaf (PTI) leader Jahangir Tareen said he believed in the law but it should not be applicable in his case.

The former secretary general took to Twitter and said that although he believes in Article 62 1(f) to be for life, he thinks that the rule was not applicable for him. He expressed his hope that he will get justice as his review was still pending.

I always believed 62 1(f) to be for life but not applicable in my case.Full money trail provided of tax paid Income, property declared in assets of children and not mine on advice of tax consultant. This was the only issue. My review is still pending and IA justice will prevail

Tareen was disqualified last year by the SC for not disclosing his assets to the Election Commission of Pakistan and for violations of the lncome Tax Ordinance, 1979, and Peoples Act, 1974.

The SC has ruled today that that those disqualified under Article 62(1)(f) of the constitution would be disqualified for life. Hence, they would not be allowed to run elections or hold a public office. The former Prime Minister Nawaz Sharif who was disqualified last year under the same article cannot run for elections either.

Meanwhile, Pakistan Peoples Party (PPP) Chairman Bilawal Bhutto also took to twitter and spoke about SC’s ruling. He said that both PTI and PML-N had forced the judicialization of our politics and now must face the consequences.

I am of the belief that it’s the people of Pakistan who should make such decisions about the fate of politicians. Unfortunately it is PTI & PMLN themselves who have forced the judicialization of our politics. Naehal Nawaz & Tareen must now face the consequences of their actions.

PPP leader Khursheed Shah too blamed the deposed prime minister and said that Sharif had supported Article 62 against other politicians and has now been trapped in it himself.

State Minister for Information Maryam Aurangzeb has termed the ruling as a ‘joke that has already been played on previous prime ministers.’ She said that as long as Sharif was in the hearts of the people, the disqualification for life will hold no meaning.