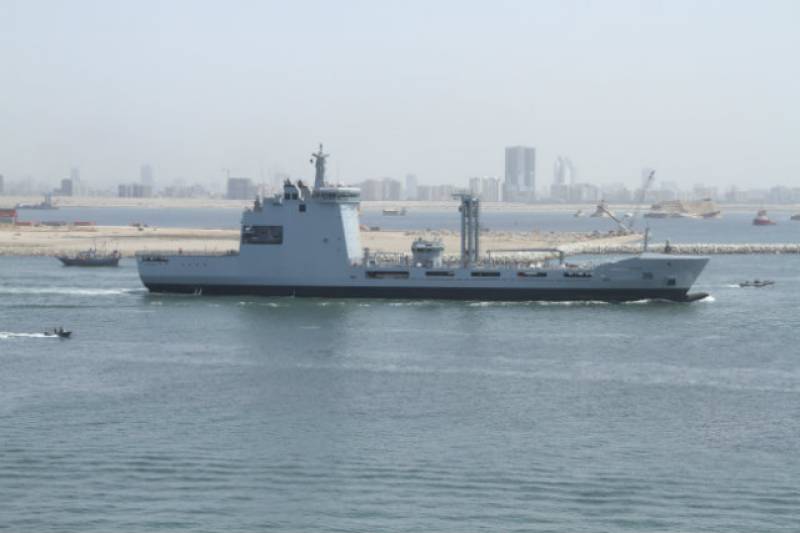 KARACHI – Pakistani Navy has achieved yet another milestone in the indigenous campaign launched towards self reliance in defence field.

With a length of 158.40 metres and approximately 16,400-ton design displacement, the PNS MOAWIN left the Karachi port under its own power, and under the command of the Commanding Officer, exited the harbour and channel and entered the Indian Ocean on March 31.

“The results achieved in the trials of the vessel, which is the first of its kind in its class in terms of its brand-new design, and in which many local industrial products have been used, are a source of pride for the Pakistan-Turkey defense cooperation,” it added.

The fleet tanker project contract was signed on January 22, 2013.

“The project is the first in the naval ship construction between two friendly and brotherly countries, Pakistan and Turkey, and a very important, distinguished and unique co-operation project in the field of defense and shipbuilding industry,” the STM said.

The tanker can speed up to 20 knots per hour (around 37 kilometers or 23 miles per hour).

The prospect for naval and maritime cooperation is immense between the Pakistan Navy and the Turkish defence industry.