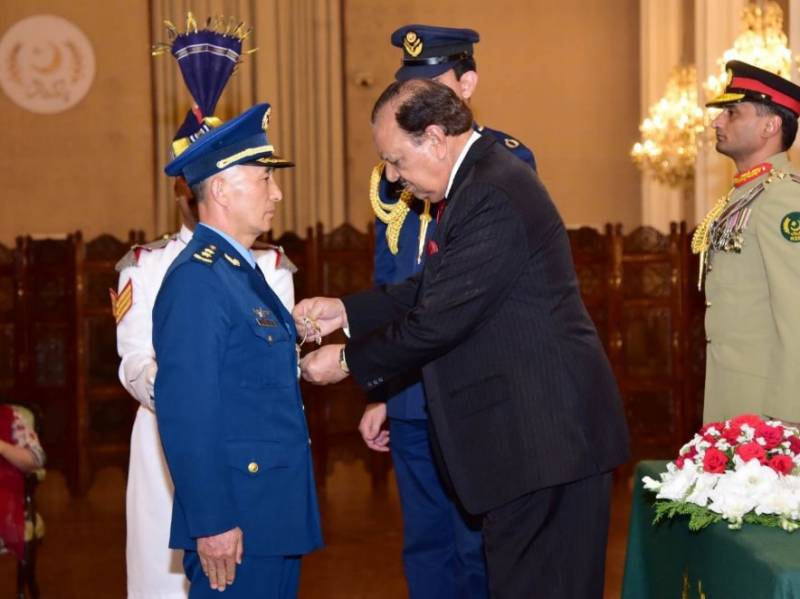 The President said the defence ties between the two countries are the guarantor of peace and stability in the region. He appreciated efforts of the Chinese officials for the joint drills of Pak-China Air Force, held in China.

He expressed his resolve that such type of exercises will also be conducted in future as well.

On the occasion, the commander of China's People's Liberation Army Air Force Lieutenant General evinced his determination that he will play his vigorous role for further promoting relations between the two countries.