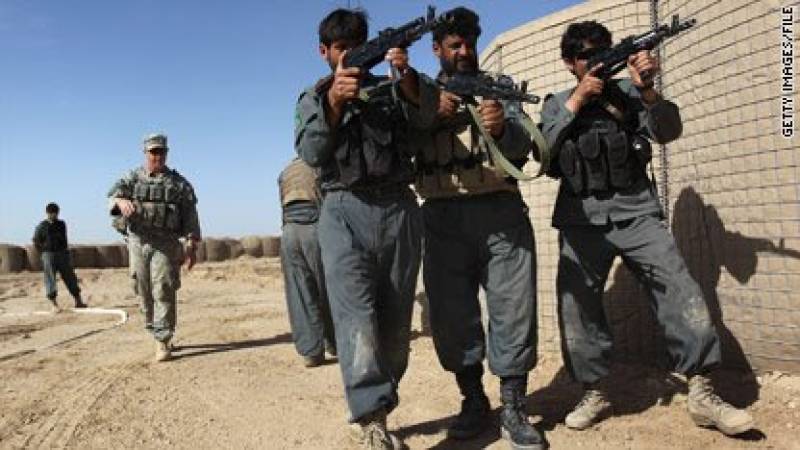 In western Herat province, 10 policemen were killed and four were wounded in Shindand district where fighting with the insurgents lasted for hours. The district governor, Shukrullah Shaker, said a roadside mine and a rocket hit a car carrying police reinforcements sent to the scene, killing the police commander.

There were also fatalities among the Taliban attackers, Shaker said, but it was not clear how many. He blamed the Taliban for the attack although no militant group immediately claimed responsibility for the assault.

Zabihullah Mujahid, the spokesman for the Taliban, claimed responsibility for the attack in Paktia in a text message sent to the media.