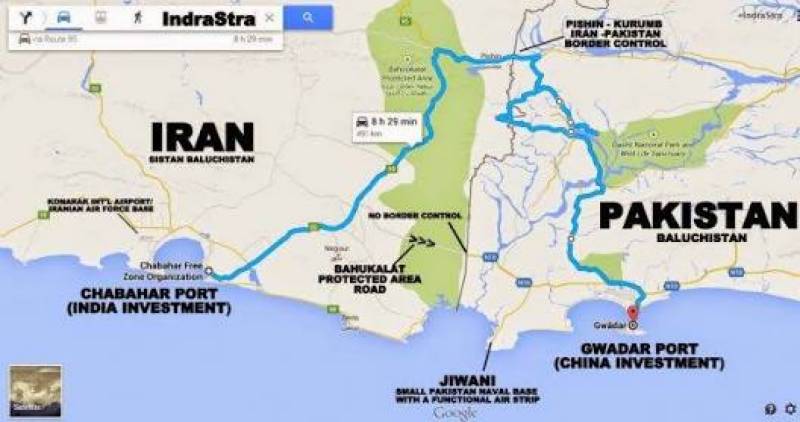 Islamabad -- Iran’s Minister of Road and Urban Development underlined that railway link between Chabahar and Gwadar ports would prove to be a major step for the development of the two ports.

Addressing a joint press conference with Pakistan's Minister for Ports and Shipping Mir Hasil Khan Bizenjo here, Abbas Akhundi said that Iran is ready to cooperate with Pakistan in all fields.

'Iran and Pakistan are two friendly states which share long border and we consider development of Pakistan as our development,' he added.

“I have come to Pakistan with a large delegation at the invitation of Pakistan’s Minister of Ports and Shipping Mir Hasil Khan Bizenjo and my objective is to enhance road, railway and air links with Pakistan,” he said.

Akhundi said that last year about 200,000 Pakistani citizens traveled to Iran adding that this figure can be increased which could help people of both countries to come close to each other.

He said that Chabahar port of Iran and Gwadar port of Pakistan are sister ports, adding that Iran would welcome the ferry service between Chabahar and Karachi ports which could be extended to other ports of Iran.

The Iranian official went on to say that any transship facility between Chabahar and Gwadar ports would also be a welcoming development.

“We are also ready to provide rail and road transit facilities to Pakistani port of Gwadar to central Asian countries,” he added.

The minister added that Iran is also willing to open more border points with Pakistan.

He also said that railway link between Chabahar and Gwadar ports would prove to be a major step for the cooperation of the two ports.

“We are also ready to start direct flights between the bordering cities of Iran and Pakistan,” he noted.

He expressed the hope that his visit would prove to be fruitful for enhancing cooperation between the two countries.