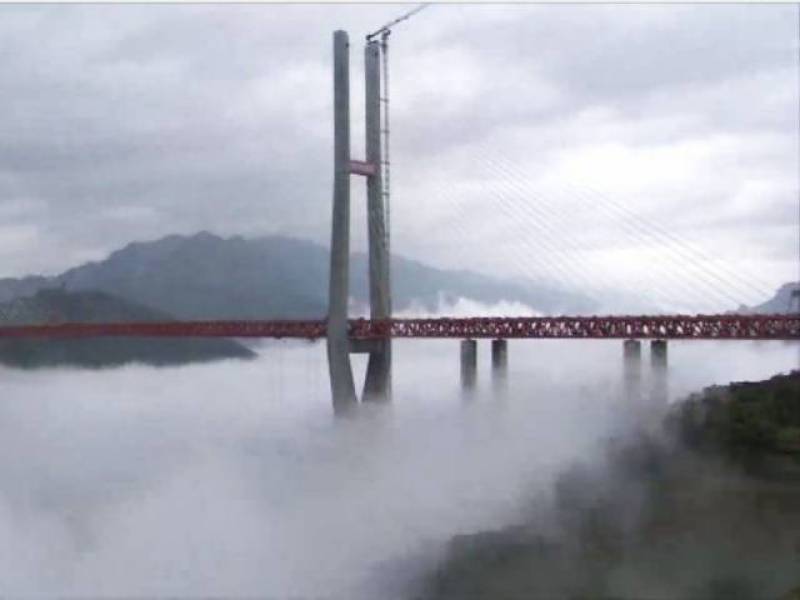 BEIJING (APP) - Chinese engineers have completed the structure of what is expected to become the world's highest bridge, local authorities said.

The Beipanjiang Bridge, in mountainous southwestern China, soars 565 metres (1,854 feet) above a river, the Guizhou provincial transport department said in a statement.

As such it overtakes the Si Du River Bridge in the central province of Hubei to become the world's highest bridge, said the statement posted on Sunday.

The two ends of the bridge were linked on Saturday, it added.

The 1,341-metre span is expected to open to traffic at the end of this year and will cut road trips from Liupanshui in Guizhou to Xuanwei in neighbouring Yunnan province from around five hours to less than two, state broadcaster China Central Television reported Monday.

Several of the world's highest bridges are in China, although the world's tallest bridge -- measured in terms of the height of its own structure, rather than the distance to the ground -- remains France's Millau viaduct at 343 metres tall.