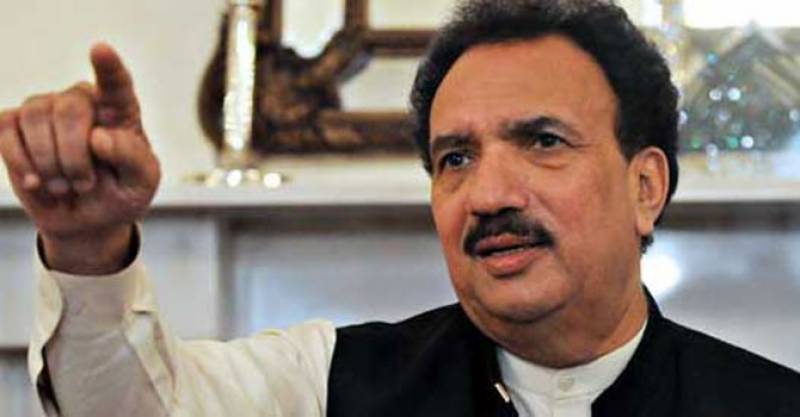 In a statement, former interior minister said that Pakistan is sovereign nuclear state and always preferred good relations based on mutual respect but unfortunately Modi always expressed abhorrence against Pakistan.

He said since 2005 to 2014 Modi was blacklisted in America and he was banned there because his name was included in the list of terrorists.

"It was strange, today Modi who was recognized terrorist asked world powers to impose sanctions on Pakistan," he said. He asked Indian opposition and America how they are tolerating a terrorist as Indian Prime Minister.

Rehman Malik said Indian Prime Mnister Modi was involved in bloodshed of innocent Muslims of Gujrat (India) and Kashmir, adding the mothers of martyrs of said areas are demanding justice from world powers for Modi's atrocity.

He asked world powers specially America why they are silent on Modi's brutal acts and terrorist activities.