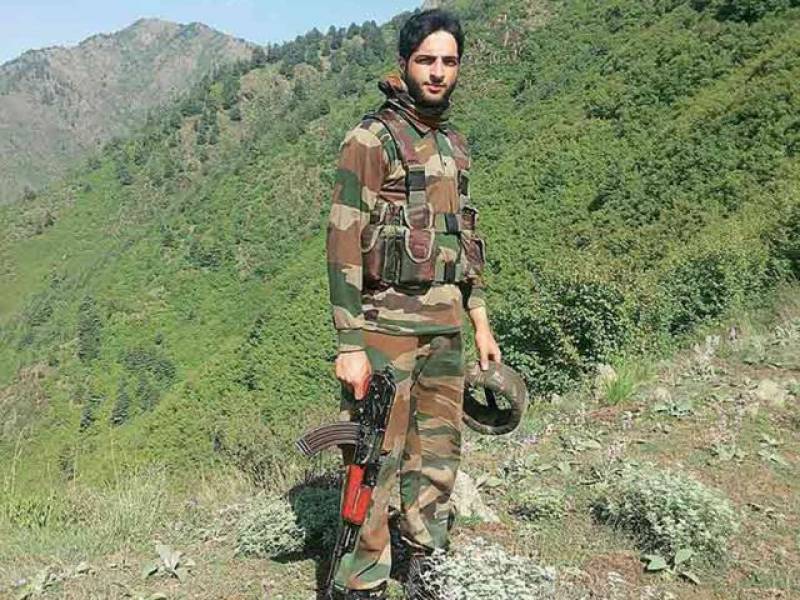 WASHINGTON (APP): Months of protests that were triggered by the killing of a young Kashmiri freedom fighter are stoking 'long-smoldering' anger among the Kashmiri people of the Indian-held valley, says a report by a leading American publication, Wall Street Journal.

Death of more than 70 people, including women and children, by police and security forces to suppress a wave of protests that has swept across the region has led to a mounting anger which is hardening and now threatening to turn into yet another armed struggle by the Kashmiri people to get freedom from the Indian rule.

According to the report efforts by New Delhi to calm the situation "have foundered as the violence stretches into a third month, fueling resentment and raising the prospect of a return to armed struggle".

"They don't control us here by giving us flowers," Aala Fazili, a scholar and activist at the University of Kashmir, was quoting as saying while referring to the Indian authorities. "our response cannot be just giving them flowers."

In addition to death of more than 70 people, thousands others have been wounded in daily clashes between security forces and protests who are now demanding freedom. Indian forces have used pellet guns, shooting directly into crowds, which has hundreds of people at risk of losing their eyesight.

"I'm absolutely ready to die for this cause," the report quotes a 24-year old Shafat Ahmad Mir, who belongs to the same town as the slain Kashmiri freedom fighter Burhan Wani, who was killed in July and threw the Indian-held Kashmir into a turmoil. Mir was studying for years to become a software engineer.

According to the report, the UN's top human-rights officials demand in August that both Pakistan and India grant "independent observers access" to Kashmir in the wake of serious human rights violation in the Indian-held valley. While Pakistan said it would welcome the independent observers, India refused.

The tension in the valley has impacted efforts for peace between the nuclear-armed rivals, Pakistan and India, the report said.

Muslim Kashmiri leaders have refused to negotiate with Indian politicians who visited Srinagar earlier this month, saying they would not meet the Indian delegation as they were not ready to discuss the issue of Kashmiri self-determination.

READ MORE: Burhan Wani has become a symbol of defiance against India in Kashmir

Pakistan has long demanded that Kashmiri people be given their right of self-determination and has been asking the United Nations to implement its long-standing resolution in this regard.

According to report, death of Wani has "touched a nerve, particularly in rural areas, where he used social media and personal outreach to become a sort of folk hero."

"This summer's protests have swept up not just urban centers but apple-growing hamlets and remote mountain villages too, indicating the breadth of Mr. Wani's appeal," the report added.