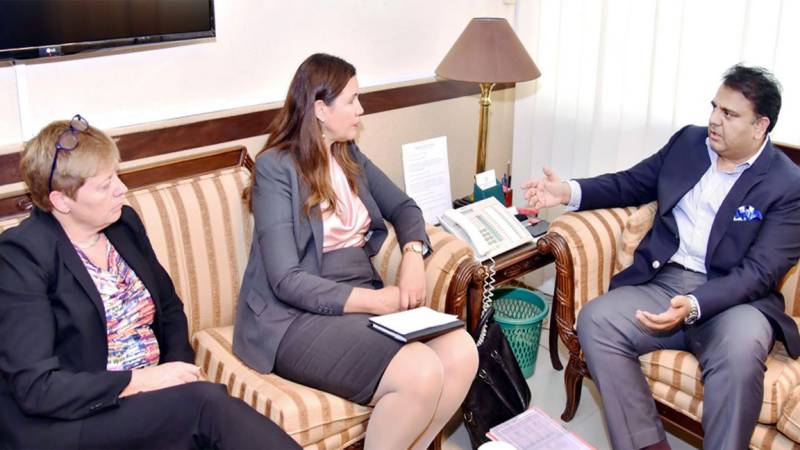 Minister for Information and Broadcasting Chaudhry Fawad Hussain says government believes in freedom of expression and highly values human rights as enshrined in the Constitution.

He was talking to Sweden's Ambassador of Human Rights, Democracy and Rule of Law, Annika Ben David in Islamabad.

The Minister said Pakistan attaches great importance to its relations with Sweden which are based on commonality of views and shared interest of democratic pluralism.

He said Pakistan is a modern democratic state where judiciary is independent and media is pro-actively playing its role of watch dog.

Fawad Chaudhry said business and investment environment has gained momentum in the country due to improved security situation.