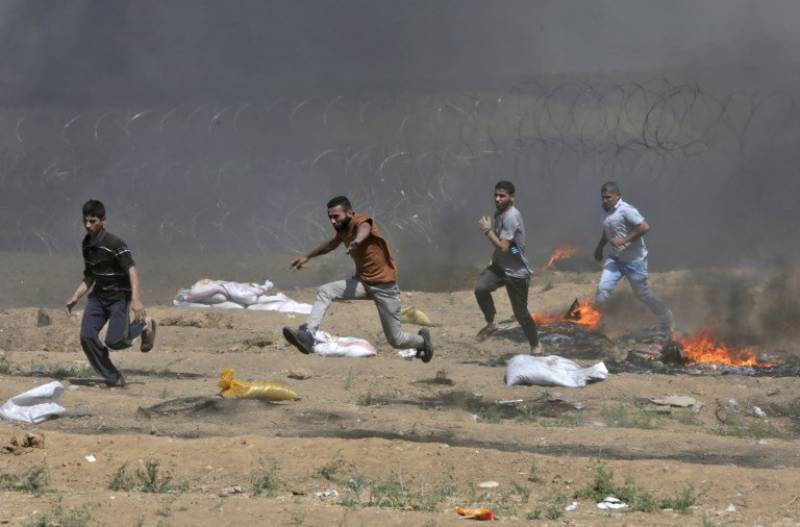 JERUSALEM - Five Palestinians were killed in a new wave of violence along the Gaza-Israel border on Friday, the health ministry in the Hamas-run enclave said.

The ministry did not immediately identify the victims, but said that they had been killed as thousands of protesters approached the heavily-guarded Israeli border.

Four Palestinians were killed along the border east of Al-Bureij in the centre of the Gaza Strip, while one died east of Gaza City, a ministry spokesman told AFP.

The Israeli army said approximately 14,000 ‘protestors’ had gathered at various sites along the border. A statement said that troops spotted a number of ‘protestors’ who climbed the security fence in the southern Gaza Strip.

They also said that assailants subsequently approached an Israeli border post and were shot. "The ‘assailants’ were killed," it said, without giving a number. At least 203 Palestinians have been killed by Israeli fire in Gaza since protests began on March 30.

The majority were killed during border demonstrations, though others died in airstrikes and tank shelling. - APP/AFP