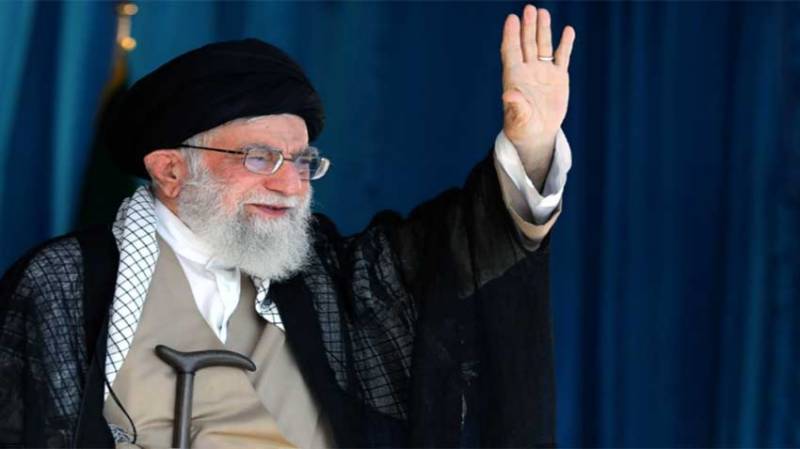 Washington reintroduced steps against Iran’s currency trade, metals and auto sectors in August after the U.S. withdrawal from a multinational 2015 deal that lifted sanctions in return for limits on Iran’s nuclear program. U.S. curbs on Iran’s oil exports are set to come into force in November.

Combined with rising inflation, growing unemployment, a slump in the rial and state corruption, this has caused Iran’s economy to deteriorate. The International Monetary Fund predicts it will shrink 1.5 percent this year and 3.6 percent in 2019, before recovering slowly.

“There are no problems in the country that we cannot resolve... Officials should find solutions to overcome the existing economic hardship and to disappoint the enemy by resolving it,” Fars quoted Khamenei as telling officials on Wednesday night.

“With unity we can overcome all crises.”

Khamenei also said Iran could resist the pressure of U.S. sanctions by relying on its own natural and human resources.

“We need extraordinary efforts ... to find solutions for those domestic economic challenges and to confront cruel American sanctions. Serious decisions should be made,” he said, state TV reported.

The reimposition of sanctions on Iran’s oil industry, the backbone of the country’s economy, will likely make matters worse.

Iran’s pragmatist President Hassan Rouhani championed the 2015 nuclear deal but has been lambasted by his anti-Western hardline rivals for failing to bring economic prosperity to Iran in the years since.

“The soaring prices and the drop of purchasing power of those lower-income Iranians have put pressure on them,” Khamenei said.

The cost of living has soared in Iran in the past months and economic grievances have led to sporadic demonstrations against profiteering and corruption, with many protesters chanting anti-government slogans.

Iranian officials have accused arch-foes the United States and Israel, as well as regional rival Saudi Arabia and government opponents living in exile of fomenting unrest and waging an economic war to destabilize Iran.

Three people were sentenced to death last month in a drive against financial crime after Khamenei called for “swift and just” legal action to confront the “economic war” by foreign enemies.