Courts did not grant permission to Musharraf to leave country: CJ
12 Oct, 2018 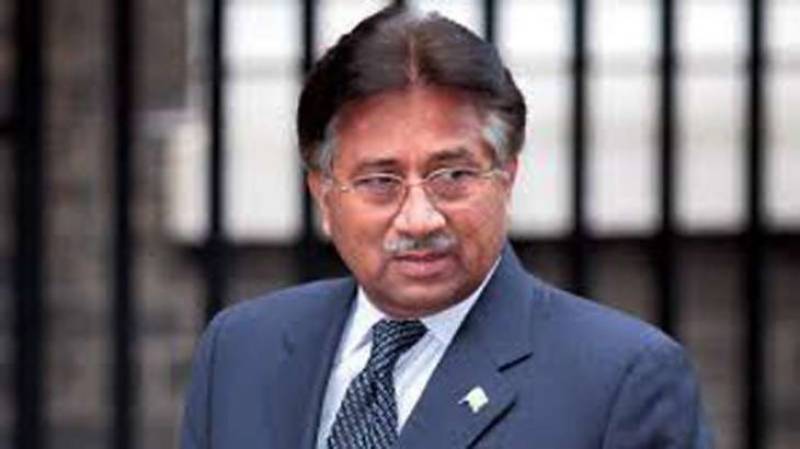 ISLAMABAD: Chief Justice Mian Saqib Nisar remarked the courts did not grant permission to former president Pervez Musharraf to leave the country rather it was the then government who did so.

During course of proceedings, Akhtar Shah counsel for former president submitted the reply regarding Musharraf return to the country and requested the bench to keep his client’s illness confidential.

Justice Nisar, responding to the lawyer said treatment of such diseases was possible in Pakistan, Musharraf should return and record his statement under Section 342 in the treason case.

The CJ said that Dubai was not the best place for such treatment and there were good doctors in Pakistan.

Musharraf’s counsel then said, “If it is necessary for Musharraf to return then he should be allowed to visit a doctor and his name should not be placed on the Exit Control List (ECL).

No one will arrest former president General Pervez Musharraf but I cannot say anything regarding the removal of his name from ECL, he replied.

Akhtar Shah apprised the court that the former president left the country after getting permission from the courts.

To this CJ clarified, “We are saying it again, we did not grant permission to Musharraf to leave the country it was the then government who allowed him."

CJ said, “We cannot put anyone’s life at risk adding that he should come to record his statement and whenever he wants to leave for treatment he can.”

Subsequently, counsel for former Attorney General, Malik Mujammad Qayyum sought time from the bench to submit reply in the case.

The bench while granting him one week time adjourned further hearing of the case till first week of November.