Nawaz Sharif’s love for me is a source of confidence and inspiration for me: PM Shahbaz
12 Nov, 2022 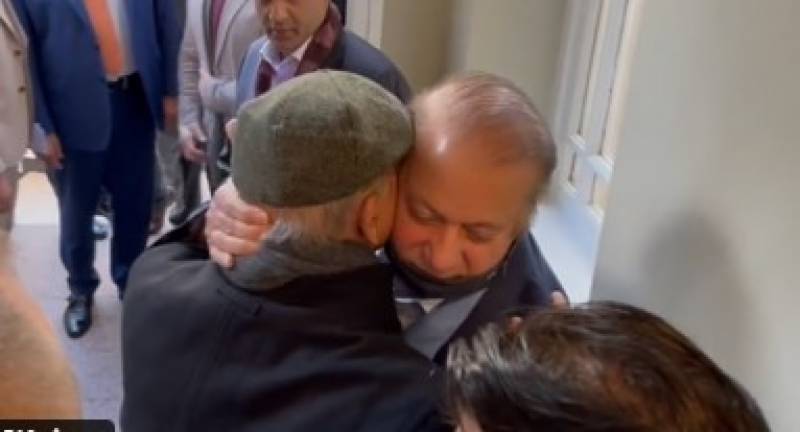 Prime Minister Shehbaz Sharif has said that Nawaz Sharif is not only his elder brother but also someone who has been a strength for him throughout his life. He said Nawaz’s love for him was a source of confidence and inspiration for him.

Prime Minister Shehbaz who after wrapping up his Egypt visit flew straight to London on Thursday to meet PML-N supremo and his elder sibling Nawaz Sharif to discuss important matters including PTI long march and new army chief’s appointment as incumbent COAS General Qamar Javed Bajwa is retiring on Nov 29.

PM Shehbaz held a meeting with Nawaz Sharif yesterday and is expected to fly back to Pakistan today.

In his tweet, Prime Minister Shehbaz wrote: “Mian Nawaz Sharif is not just my leader and my elder brother but also someone who has been a pillar of strength for me throughout my life. His affection & love is a source of confidence and inspiration for me.”

During the meeting, the prime minister discussed issue of the appointment of new army chief.

At the end of the meeting, Shahbaz said that the issue of appointment of army chief was constitutional and it would be resolved as per the constitutional procedure.