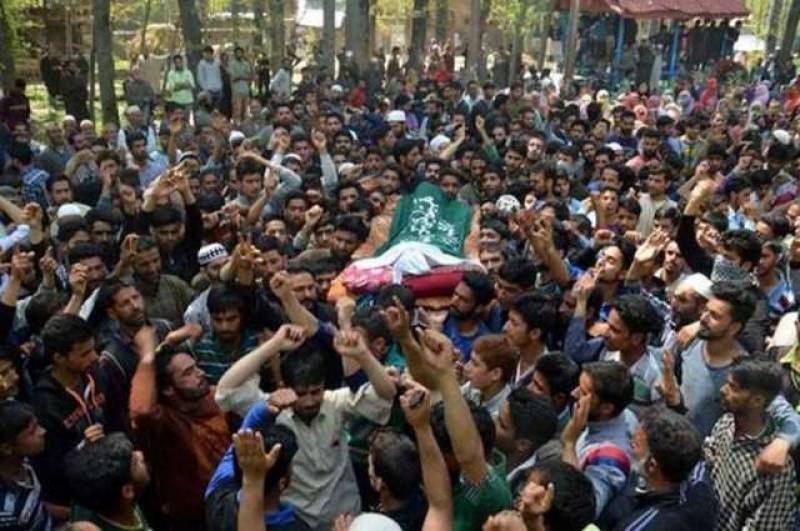 ISLAMABAD: The Hurriyat forum led by Mirwaiz Umar Farooq and other Hurriyat leaders have paid glorious tributes to the youth martyred by Indian troops during cordon and search operations in Tral and Pulwama areas.

According to Kashmir Media Service (KMS), the spokesman of Hurriyat forum said the sacrifices of youth are assets of Kashmir’s struggle which the resistance leadership and the people of Kashmir will protect at all costs.

He said it is high time that the people of Kashmir forge unity and remain steadfast so that the ongoing movement is taken to its logical end.

He strongly condemned the use of brute force on peaceful protesters in south Kashmir districts leaving.

People of south Kashmir have been left at the mercy of Indian forces that have made the life of people more miserable, he said.

“The Indian forces are using their unbridled powers across Kashmir and now students too are being targeted which is condemnable,” he added.

The delegates on the occasion denounced the continued bloodshed by Indian forces in Kashmir. They paid homage to the martyred youth and said the unprecedented sacrifices would not go waste.

The Chairman of Jammu and Kashmir Salvation Movement, Zafar Akbar Butt and Islami Tanzeem Azadi Chairman Abdul Samad Inqilabi in their statements also paid tributes to two youth and said that the martyrs’ mission would be taken to its logical conclusion.