US gives a big operational booster to Indian Air Force
12 May, 2019 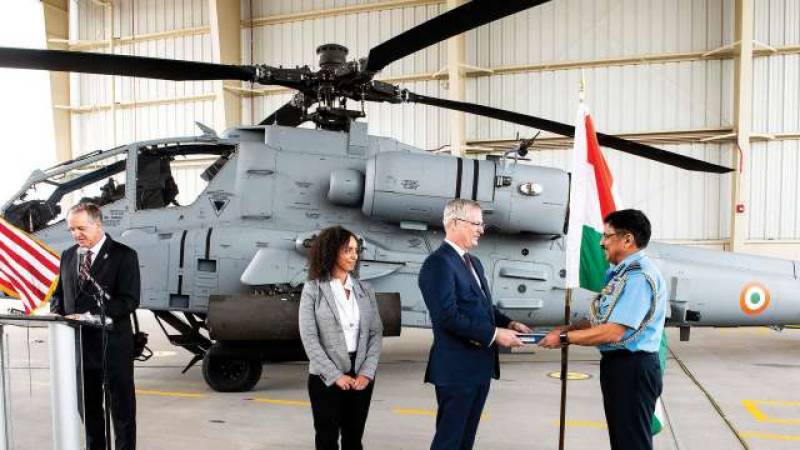 NEW DELHI - The Indian Air Force has received the first Apache Guardian attack helicopter, that can engage both air and ground targets, at the Boeing production facility at Arizona in the United States.

The AH-64E (I) Apache Guardian is an advanced all-weather attack helicopter with relative stealth using low-altitude obstacles like trees and hills as cover.

The addition of the helicopter is a significant step towards modernisation of the Indian Air Force's helicopter fleet. The IAF had signed a contract with the US government and Boeing in September 2015 for 22 Apache helicopters.

On Saturday, as the IAF accepted the helicopter, it was represented by Air Marshal AS Butola who attended a ceremony at the Boeing production facility in Mesa, Arizona. Representatives from the US government were also present at the ceremony.