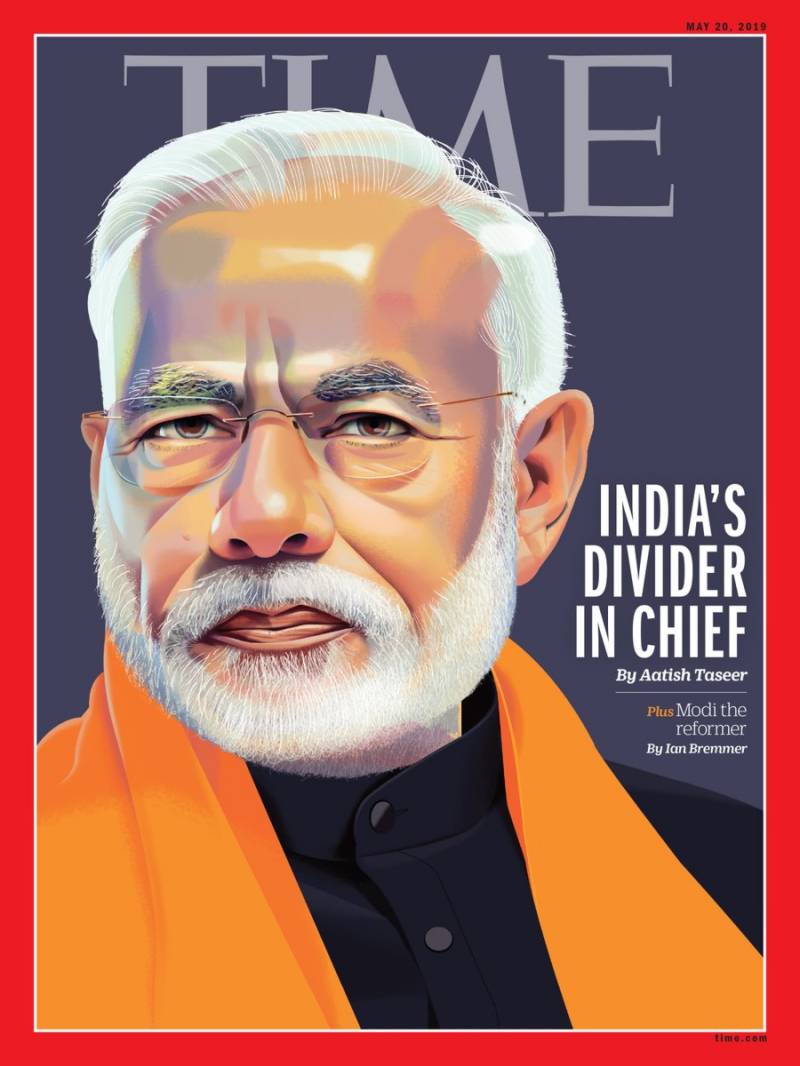 The Time magazine has featured Indian Prime Minister Narendra Modi as India’s “divider-in-chief” on the cover of its international editions.

In a stinging cover story for the magazine, Indian journalist and novelist Aatish Taseer has sharply criticized Modi for promoting Hindu nationalism and targeting Muslims.

He writes that Modi now finds himself seeking to hold power in a climate of febrile nationalism, with a platform whose themes have much more to do with national security and profiting from recent tensions between India and Pakistan than with economic growth.

Taseer’s article notes that India’s Muslims, who make up some 14% of the population, have been subjected to episode after violent episode, in which Hindu mobs, often with what seems to be the state’s tacit support, have carried out a series of public lynchings in the name of the holy cow, that ready symbol of Hindu piety.