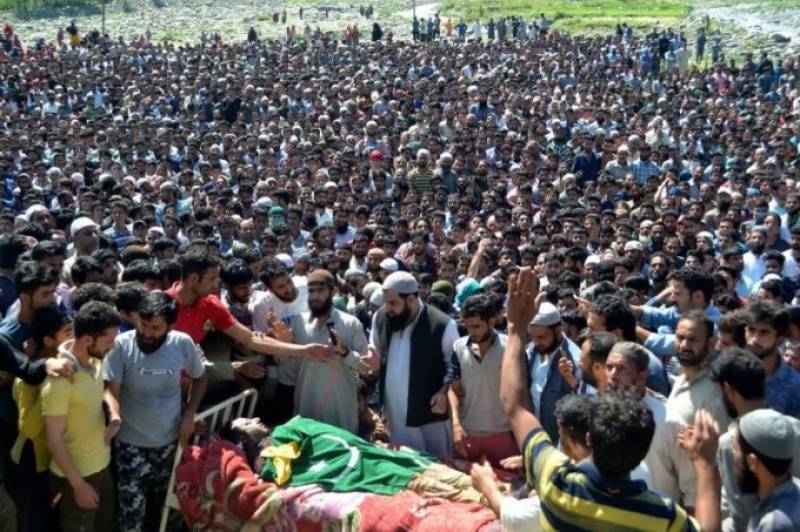 *SRINAGAR, MAY 12 (PTK):*Thousands attended the funeral prayers of the two LeT (Lashkar-i-Toiba) freedom fighters that were killed by the government forces in an encounter in Hend Sitapora area of south Kashmir’s Shopian district on Sunday early morning.

Eyewitness told PTK that “amid Pro-freedom slogans, the funeral prayers were held in multiple rounds as there was huge rush of people from adjoining areas of Kulgam,” locals said.

“Militants also reached at the funeral".

Javeed Ahmad Bhat, who was active since 2017 and Aadil Bashir Wani according to sources was messing from May 03.

Shops and other business establishments remained closed in these areas while public transport is off the roads.

Meanwhile, in wake of the killing the authorities have snapped internet services in Shopian and Kulgam, while as railway authorities suspended train service to south Kashmir. (PTK)