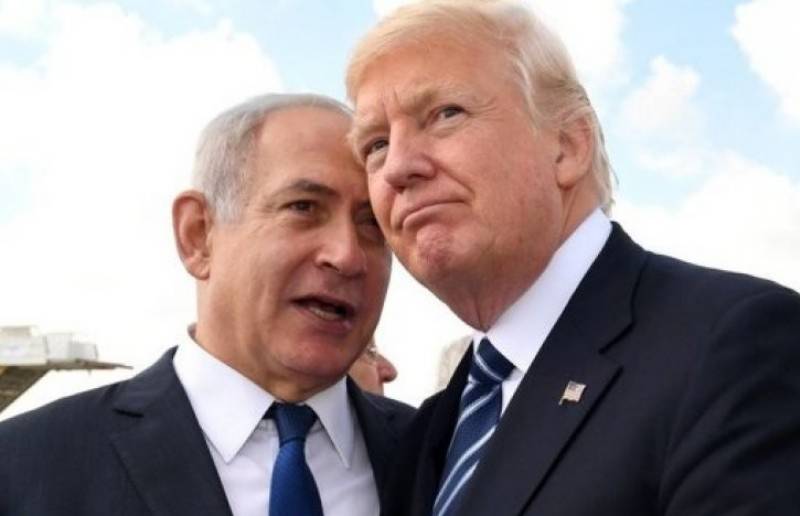 ISLAMABAD -- A Pakistani political analyst says that Israeli Netanyahu is the real architect of American anti-Iran policy which is not good for the peace in the region.

Imran Jan in his article published in Express Tribune said the Zionist regime continues to hijack the American foreign policy. He said ever since the Islamic Revolution, the American leadership has been following anti-Iran policy. “Trump’s Jewish son-in-law, Jared Kushner, is a godsend for Israel. That partly explains why we have witnessed unprecedented support for Israel,” said the analyst. He added Trump moved the US embassy from Tel Aviv to Jerusalem recognising it as Israel’s capital which is against all international laws. “In order to prop up the victory chances of Benjamin Netanyahu, President Trump recognised Israel’s control over the Golan Heights, which Israel had captured from Syria in the 1967 war, in a move never recognised by the world. He ripped apart, as he had promised during his campaign, the Iran nuclear deal formally known as Joint Comprehensive Plan of Action (JCPOA),” said Imran Jan. “The Trump and Kushner duo’s sadistic urges did not stop there, Trump declared the IRGC a terror group. That is a first in international relations, to label the military of another nation as a terror group,” the analyst added. Imran Jan said Trump has further imposed sanctions on Iran and even ended waivers for nations that could buy the Iranian oil including Japan, India, and China. The expert said that the US unconditional support for Zionist regime is not only harmful for America but also the region.