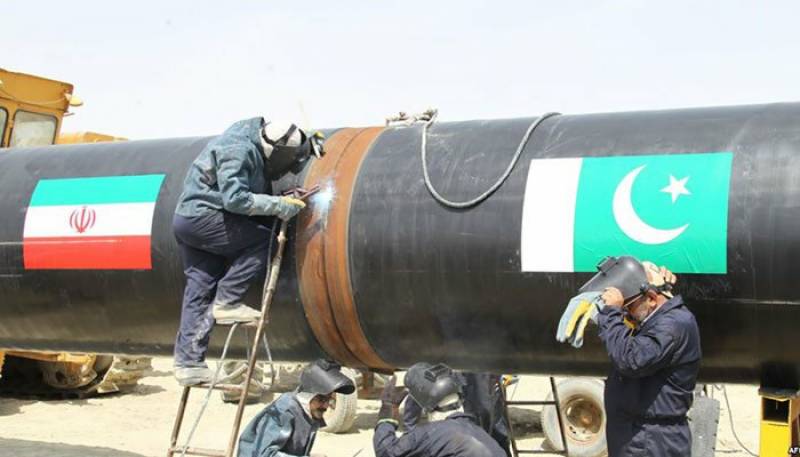 ISLAMABAD - Pakistan has informed Iran in writing that it cannot execute the Iran-Pakistan gas pipeline project as long as Tehran is under United States sanctions regime.

According to Mobin Saulat, the managing director of Inter State Gas, “Under present US sanctions on Iran, it is impossible to execute the IP [Iran-Pakistan] gas pipeline project and we have conveyed it to them [Iran] in writing recently,” reports a private news chanel quoting Arab News.

In February this year, a new round of negotiations were launched between Pakistan and Iran after Tehran formally issued a notice to Islamabad and said it was moving an arbitration court against Pakistan for failing to lay down the pipeline in Pakistani territory in the timeframe stipulated in the bilateral agreement.

“We have time till August this year to legally respond to Iran’s legal notice and settle the issue through negotiations,” Saulat said. “We are hopeful to find a solution through discussions with Iranian officials.” Sault further said, Pakistan was still committed to executing the project, but only if international sanctions on Iran were lifted.“We cannot risk US sanctions by going ahead with the project as America has clearly said that anybody who will work with Iran will also be sanctioned,” he said.

Salut said, Iranian authorities were of the view that US sanctions did not apply to the IP gas project, adding that Pakistan had thus sent Tehran a questionnaire to ascertain exactly how that was the case. “We may not have a weak case if Iran moves the international court,” Saulat said. “We are trying to handle it professionally.”

According to the agreement signed between Paksitan and Iran in 2009, the Iran-Pakistan gas pipeline project was to be completed by December 2014 and would deliver 21.5 million cubic meters of gas per day to Pakistan.