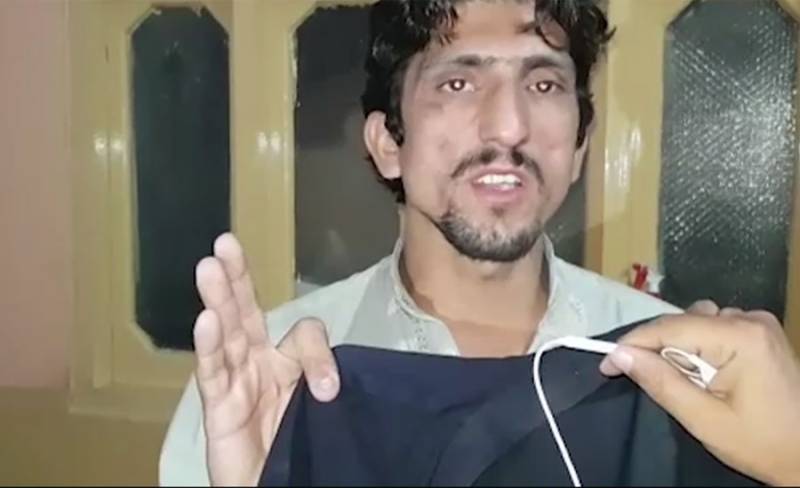 *LAHORE – The intelligence agencies has taken Zeeshan, who was alleged by the security agencies as facilitator of suicide bomber in Data Darbar blast, into its custody on Sunday after his statement in which he claimed to be innocence.*

According to the details garnered, the alleged Data Darbar blast facilitator was arrested from Gujranwala. However, Counter Terroroism Department (CTD) conducted raid on his house located in Aimanabad, Gujranwala and taken Zeeshan into its custody.

According to the sources of security officials, alleged facilitator Zeeshan was arrested for the investigation.

A day earlier, in his video statement, Zeeshan has claimed that he is innocence. He said, “I am not a terrorist and have no association with any banned outfit.” He said he is resident of *Aimanabad, Gujranwala* link .

Refuting all the claims have to be a facilitator, the alleged suspect said that he knew about his footage after the blast, adding that any doubt about his association with any terrorism activity is not justice with him.

Zeeshan also claimed that he paid his visit to shrine offered prayers and did not know about anything about the incident. “As soon as I heard an explosion I like the rest of the people ran out of the shrine, I am completely innocent and have nothing to do with the blast,” he claimed.