Indian PM Modi mocked at home over his ridiculous comments on IAF Balakot Airstrike
12 May, 2019 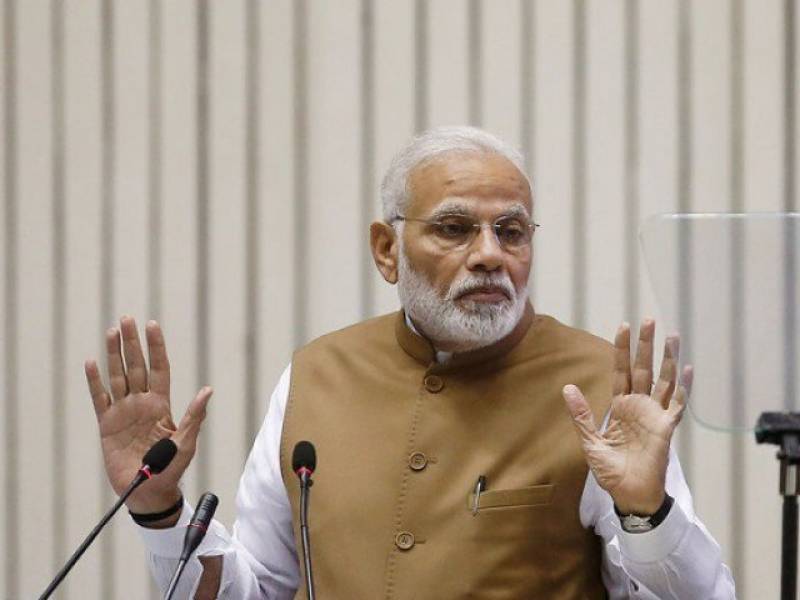 NEW DELHI - Indian PM Modi has been mocked at home over his ridiculous comments on IAF Balakot Airstrike.

Indian opposition leaders criticised and ridiculed Prime Minister Narendra Modi for remarks he made on clouds and radars in relation to the Balakot airstrike, *India Today* link reported.

In a recent TV interview, the Indian prime minister described how he believed that Indian jets could escape radar detection due to increased cloud cover at the time of the aerial operation.

Modi claimed the conundrum of whether or not to change the date of the operation was settled when he ultimately made the decision to go ahead with it.

The Indian prime minister did, however, acknowledge that he was not an expert on the matter.

India’s opposition parties wasted little time picking up on Modi’s gaffe. “On PM Modi’s radar and clouds comment, it seems no one clarified for the PM how radars work,” said Salman Soz, an Indian Congress party member. “If that is the case, then it is a very serious national security issue. No laughing matter!”

Communist Party of India (Marxist) General Secretary Sitaram Yechury said Modi’s words were “truly shameful” because they “insult our air force as being ignorant and unprofessional”.